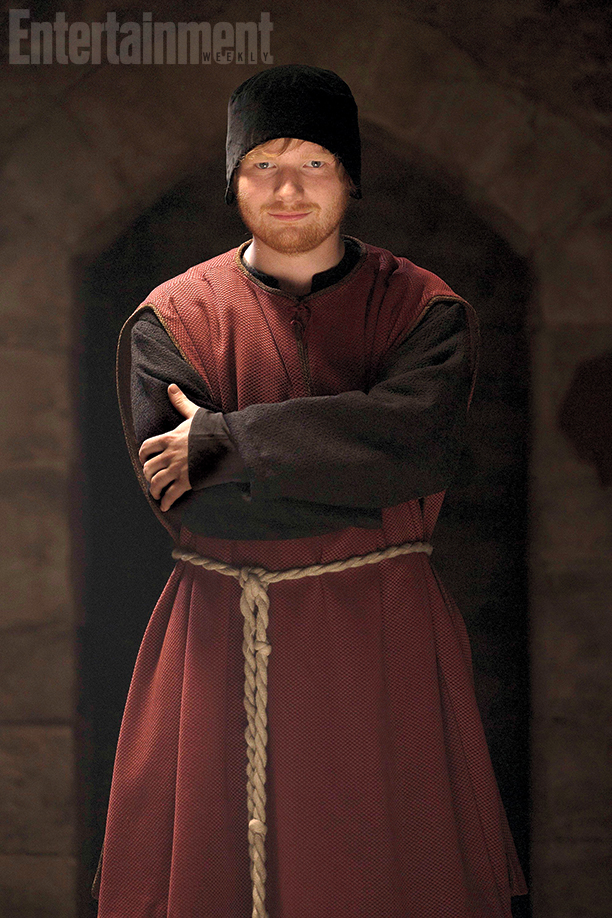 Ed Sheeran may have been snubbed from the exclusive Grammy for ‘Album Of The Year’, but that hasn’t stopped him from receiving lucrative opportunities elsewhere. Among the many accolades Sheeran has received since his breakout worldwide hit “The A-Team” now includes acting, as he’s officially set to recur on Kurt Sutter’s upcoming show ‘The Bastard Executioner’ (‘TBX’). There’s quite the connection between Sheeran and Sutter, starting with Ed’s public infatuation with Sutter’s critically acclaimed ‘Sons of Anarchy’, which ended in late 2014. Ed then went on to score the penultimate episode of ‘Anarchy’ by way of a cover of Foy Vance’s “Make It Rain”. For ‘TBX’, however, Sheeran will play Sir Cormac, who is described as an ambitious but deadly protégé of a high-ranking church elder. There’s not many details released about ‘TBX’ thus far (besides the fact that it will be very bloody), but Ed’s involvement and subsequent fandom for all things Sutter will surely prove to be a lucrative opportunity for both parties.