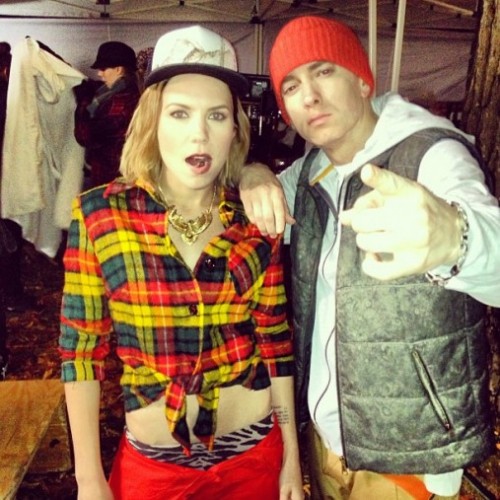 Grammy-nominated singer-songwriter Skylar Grey’s first single from her upcoming solo debut is like an early Christmas present for those that enjoy creative (but funny) songwriting. “C’mon Let Me Ride” (feat. Emimen) comes off as an abrasive, comical hip hop-meets-pop track, but packs a far heavier punch than anyone anticipated from Grey. The song is a departure from Grey’s previous collaborations (Eminem/Rihanna’s “Love The Way You Lie”, Diddy-Dirty Money’s “Coming Home”) but such drastic change is needed for Skylar to rise above the songwriter-turned-singer plague that shadows many artists like her today. With Eminem also serving as executive producer on Skylar’s debut, there’s plenty of hope that the rest of her first solo project will be as successful as the many songs she’s already won awards for. Watch and download “Ride” below.