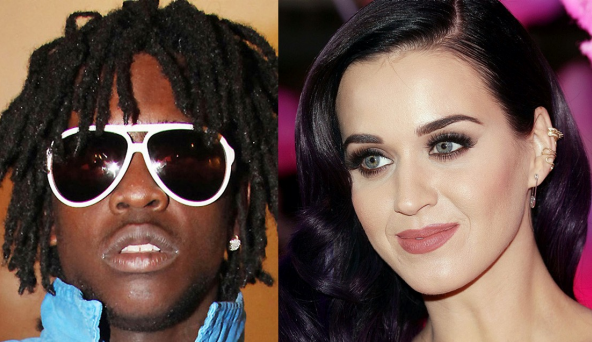 After being dropped by Interscope Records, it hasn’t stopped Chief Keef from sharing his talents with the world. Only this time, the Queen of Pop (sorta) helps him along his way. The “I Don’t Like” singer has cleverly sampled Katy Perry’s upcoming single “Legendary Lovers” for his mid-2014 number “Save Me”. Produced by Lex Luger, “Save Me” finds Keef at his most violent while also being at his most comfortable. Since the song appears on Keef’s timeline between the ‘Almighty So’ and ‘Big Gucci Sosa’ mixtape timeline, it’s pretty unlikely that the song will receive official single treatment. And since it samples the #queenofpop (whom he dissed around this time last year), I doubt it’ll even make it through sample clearance. But it’s an overall fun, gritty hip-hop production that shouldn’t be missed. Listen to Chief Keef’s “Save Me” below.