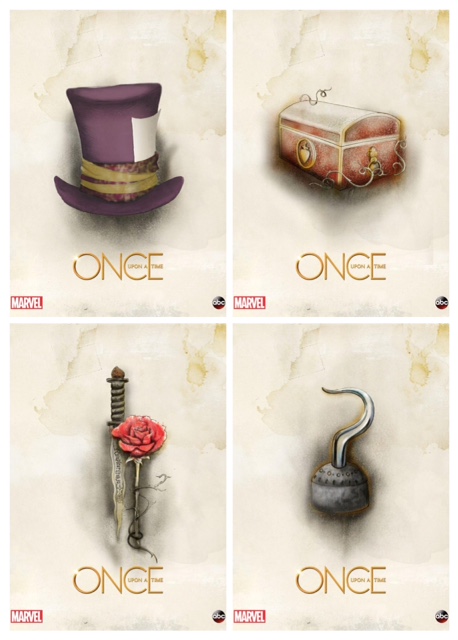 Fans of ABC’s ‘Once Upon A Time’ will be screaming even more joy between mid-season hiatuses as the show has just announced a comic book partnership with Marvel. The animated comics king previously released ‘Once Upon A Time: Shadow Of The Queen’ to shed more light on the complicated backstory with the Evil Queen (Lana Parrilla) and the Huntsman (Jamie Dornan), who was murdered all too soon towards the end of season one. In its latest announcement with Marvel, ‘Once’ has decided to release a longer comic book that will detail backstories on Rumplestiltskin, Belle, the Evil Queen, the Mad Hatter, and Captain Hook. Dubbed ‘Out Of The Past’, there isn’t much information about the upcoming comic besides that it will heavily focus on stories not told during the show’s four seasons. I personally found ‘Shadow Of The Queen’ to be a great read, but I wished they incorporated the comic storyline for the show. Either way, Marvel’s inclusion of the ‘Once’ universe is something that should be profitable for both fanbases. ‘Once Upon A Time: Out Of The Past’ hits stores worldwide on April 1, 2015.