These ten albums mark the halfway point of TUA’s year-end lists and are just a few steps away from greatness (see 2015 list here).

I’m not usually big on concept albums, but Bat For Lashes (also known as Natasha Khan) and ‘The Bride’, it’s a marriage well-deserved. On her fourth album, bride Khan writes beautiful ballads about a husband who dies in a car crash on his way to their wedding. Despite its somber nature at times, t’s an ambitious project wrapped with a heartbreaking message. My two favorite blogs (see 1 and 2) were divided on the overall greatness of ‘The Bride’, but it made me become one of her biggest fans.

Dev Hynes has been recording lots of material as Blood Orange lately, pumping out three critically acclaimed albums in three years. ‘Freetown Sound’ is some of his best work to date, even if it features frequent collaborators Ian Isiah, Kindness, and Carly Rae Jepsen. The album’s opener features slam poetry from up-and-coming poet Ashlee Haze, who delivers a beautiful piece on black female representation through the media. By the time South London musicians Tawiah and Blue May deliver on the album’s closer “Better Numb”, it’s evident just how well Hynes exceeds with a more interpretative message towards equality and Black activism. 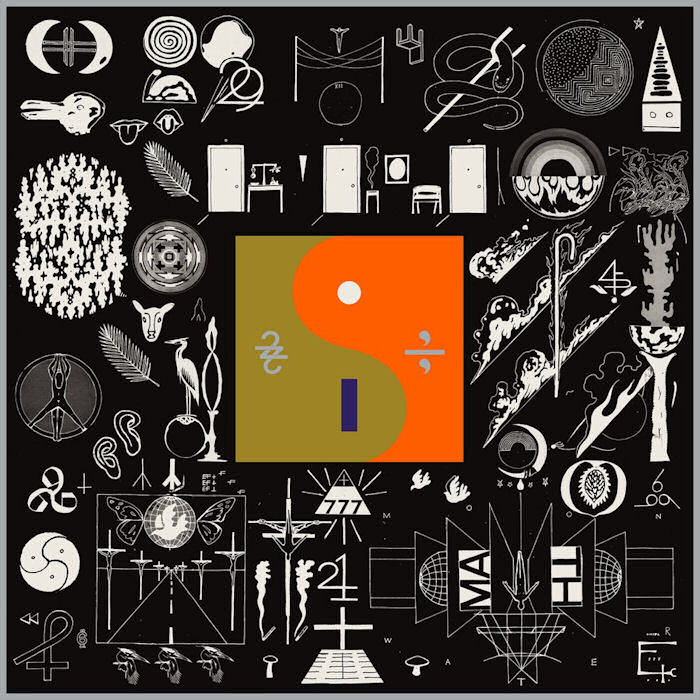 On their latest release ’22, A Million’, Wisconsin folk rock bank Bon Iver take their sound to a much more crafted wavelength. Unlike the band’s debut ‘For Emma, Forever Ago’ which comes off as a break-up record, songs on ’22, A Million’ is experimental and daring in its unconventional sound. Throughout the album are intentional glitches that aid in bringing these broken moments to life. Many critics have compared ’22, A Million’ to Kanye West, but songs like “21 (Moon Water)” and “666 (Upsidedowncross)” are much further away from anything that any other artist could ever create.

The sophomore slump did affect Banks a bit more than anticipated, but that doesn’t mean that she isn’t a great musician. It just means that the trial sounds experimented with on ‘The Altar’ weren’t as successful as on her esteemed debut. For me, more SOHN inclusions on songs like “To The Hilt” and “Gemini Feed” worked better than on “27 Hours” and “Mind Games”, the latter of which also featured produced from Banks’ frequent collaborator Tim Anderson. Production aside, Banks is an extremely strong songwriter, which saves most of the album from appearing too melancholy. 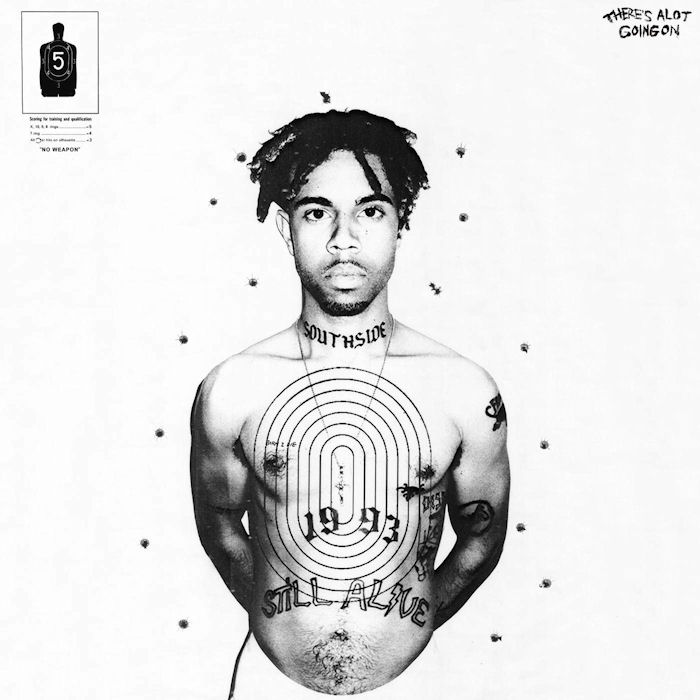 ‘There’s A Lot Going On’ may be viewed as a prelude to his upcoming studio debut, but for me it’s a proper introduction of Vic Mensa to the hip-hop community. He’s had a slew of singles produced by the likes of Skrillex and Kanye over the last two years, and songs like “16 Shots” and “Shades Of Blue” from the EP builds on this momentum. Vic also had an A-list feature on Kanye’s ‘The Life of Pablo’ standout “Wolves” with Sia. Numerous accomplishments aside, the best part about Mensa’s 2016 (and further allusion to his album title) is his campaign with Alexander Wang, which also starred CL, Travis Scott, and Chance the Rapper, among others.

The fourth full-length release from CHVRCHES is a stellar pop album featuring lush vocals from its lead singer Lauren Mayberry. To date, the album has spawned five hit singles and could easily release every song from the disc if the band wanted to achieve international superstardom. The fifth single from ‘Eye’ features Paramore vocalist Hayley Williams and is a larger-than-life showdown from two of the greatest voices of indie-pop. Although there’s only one female member of CHRVCHES, the album has lots of feminist ideologies buried amongst some of the best songwriting in pop.

Australian DJ Flume’s ‘Skin’ may not have made the commercial impact that he might have anticipated, but his second album was more than enough to wow critics worldwide. Flume’s latest has an impressive features tally, including Raekwon, Vince Staples, Little Dragon, Beck, and Tove Lo. Every song laced with Flume’s innovative instrumentation features an equally impressive vocalist or lyricist that does more than enough to place their own roots alongside the DJ’s work. ‘Skin’ also marks a pair of firsts for the Australian musician, as it received two 2017 Grammy nominations for Best Dance Recording (“Never Be Like You” with Kai) and Best Dance/Electronic album.

Visual albums usually work better when each video that’s released connects to one story, which is why ‘Lady Wood’ will become a massive success over the next few months. Tove purposely chose not to stray too far from her first album’s overarching themes of sex, drugs, and self-image, but ‘Wood’ finds her amplifying this notion for much larger audiences. “Keep It Simple” and “Don’t Talk About It” sound like they could fit right into the Weeknd’s ‘Beauty Behind The Madness’, which further proves Tove’s exceptional songwriting ability. She’s only on her second album, and each song she’s released continues to get better than the last.

‘Coconut Oil’ is the first major-label EP release from Minneapolis singer-songwriter Lizzo, and it’s the best project she’s ever released. Heralded via Atlantic Records, Lizzo tributes her favorite natural beauty project through a clever selection of songs about blackness, gender identity, and body imaging. Nearly all of the songs on ‘Coconut Oil’ features an even distribution of singing and rapping from Lizzo, effortlessly showcasing just how great she is at both talents. But its on album standout “Scuse Me”, an overconfident banger about feeling yourself, that brings out the true essence of joy withinin Lizzo’s artistry. I just love how much energy Lizzo puts into her music, setting a fire under other female rappers simply searching to be only the best lyricist.

Indie rock starlet Mitski has released an album each year since 2012, but ‘Puberty 2’ is the one that stuck with critics and music lovers the most. Some of the songs sound like dreampop, but most of the others are the true definition of rock, filled with guitars and strong vocals as if she were the female version of Lars Ulrich. The themes of adulthood and feminism are stronger than ever on the aptly-titled ‘Puberty 2’, and are even more evident on songs like “Thursday Girl” and “Dan The Dancer”. On “Your Best American Girl” – a song viewed by many music critics as the best female solo song of 2016 – Mitski sings with such conviction that it’s almost as if she’s aimlessly reaching for superstardom, but settles for the title #queenoftheindierockcircuit instead.