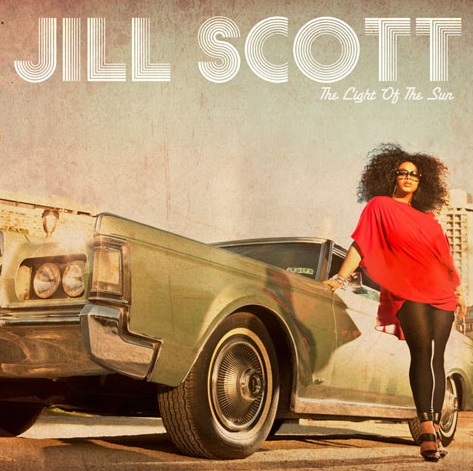 It’s been only four years since a studio release from spoken word and soul powerhouse Jill Scott, but it feels like a decade. The last few years spawned the much publicized legal battle with her and former label Hidden Beach Records and a quiet, underperforming third ‘Words and Sounds’ volume, entitled ‘The Real Thing’. While the label fight weaved in and out of court causing press everywhere, it’s the lack of fan response from ‘The Real Thing’ that raises eyebrows. The album cover features Jill with heavy makeup and an #obviouslacefront, and appears off-putting for the #sistajill that we’ve all come to know since “A Long Walk” eleven years ago. First single “Hate On Me” chose to address a specific group of bloggers who were (and probably still are) “hating on her” literal soulfood anthems and spoken word skills. Gold certifications, a Grammy nomination, and even a recent Glee performance still makes this album seem irrelevant in Jill’s catalog, pushing fans for a trip back down memory lane to successful results.

‘Blessed’ starts the album confidently and with artistic greatness. Jill gets right into the basics – her love life, her new son, and her psyche – all with a great spoken word segment: “I woke in the morning feeling fresh to death, I’m so blessed, yes yes / I went to sleep stressed woke up refreshed, I’m so blessed yeah yes”. Her rap continues over the ill #rappersbeat counting each of Jill’s many blessings. The line “woke up this morning listening to this song, you’re so blessed yes yes” boasts both confidence and truth, especially as I found myself waking up to ‘Blessed’ during my album review. Freedom, strength, and lots of wisdom all in a short three minutes starts the album off on a great pace.

First single “So In Love” (with Anthony Hamilton) finds Scott reigning through the adult contemporary market. While not necessarily a Hot 100 single, the perfectly woven melodies and old-school feel sells itself. Anthony harmonizing over Jill’s spoken word is also commendable for both artists exploring their different abilities simultaneously. Cookouts and house parties alike would spin this, hoping for an incarnation of the next 2011 line dance. While Jill’s leadoff singles are always #grammynominated deserving or not, the duet seems like a staple for the contemporary r&b categories at next year’s ceremonies.

“All Cried Out Redux” featuring Doug. E Fresh features co-songwriting credits from legendary Brooklyn production group Full Force. The song comes on acapella, followed with Doug-E beatboxing and a heavy, scratchy vocal. A great piano assist follows and ends comically with audio of Mr. Fresh being both surprised and impressed with Jill’s ability. 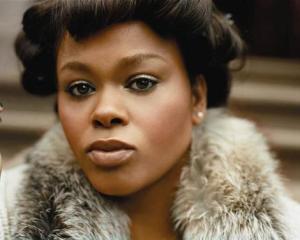 “Le BOOM Vent Suite” packs hard drums and even harder vocals. Jill’s storytelling here is definitely a retrospect to her ‘Who Is Jill Scott’ days. The stories draw you in, the vocals entice you, and the chorus takes you away. Only here, Jill’s repetitive ‘boom’ serves as the song’s only reprise, effortlessly laced between its sulky production. The #ventsuite itself makes for a suite of obvious proportions, easily setting the nine-minute mood as a signature Jill #babymakingtrack.

“So Gone (What My Mind Says)” explores both Jill’s sexual and moral instincts as she opens with “let me take my Gisele’s off” over a sexy, dark beat. “Why does my body ignore what my mind says / I try to keep it intact but I’m here in this bed” commands her chorus with soft, alluring vocals. And although Paul Wall’s guest spot here seems appropriate, his introduction of #superdick is something I could’ve honestly did without on a Jill Scott album. The song ends with Jill’s firm assertion: “he got that thickness / the kind that make him get up makin’ biscuits / with breakfast so gone / and I aint even thinkin bout the next chick / that he messed with, so reckless, so gone” – where’s her moral parallel?

“Hear My Call” is an inspiring number that brings Jill back to her original roots the most. Over a sparse piano and violin arrangement, Jill’s inspiring call to God for strength during heartbreak is inspiring. Her emotional vocals go perfectly over the opera arrangement as she sings “I am such a fool, how did I get here / played by all the rules, then they change”. Dramatic, opera-influenced, and powerful – the three things I always want and expect from a touching Jill ballad.

“Some Other Time” comes on catchy and confident, and Jill shows it. Her rap-sing-spoken word trick works very well here, and becomes a standout on the album. Jill’s method of storytelling through multiple genres becomes a true gift in her artistry bag. The downside here, though, is that while only near the 2:20 mark, the shortness of this song leaves the listener wanting more songs like this and asking ‘where’s the rest?’. It is within the appropriately named song title where the answer to the listener question lies, as the jazzy but short song stands as one of the shortest songs on the entire album.

“Quick” is quirky, and definitely one for multiple translations. Jill’s storytelling paired with high notes all lead to one ultimate lyrical buildup – ‘I can’t believe it’s over so quick’. Like its predecessor, ‘Quick’ is indeed #quick, peaking right below the 1:50 mark. But with Jill’s talents and great production, the song is actually radio friendly, and could even have a chart effect slightly similar to Cee-lo’s ‘F*ck You’ if ever pushed. 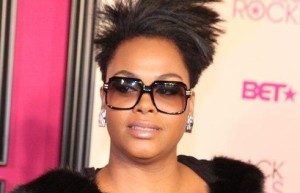 “Making You Wait” is yet another sex song, but at least she’s using somewhat positive dating examples, as she sings “I’m making you wait for the fifth date, I need to know if you’re worthy.” This song also finds Jill using sexual puns with words like dictation, but in a classy and creative way that should be praised by most artists who are unable to write (not co-write) their own material. Jill’s adlibs take over the final quarter of the song, most of which notes rarely still used in contemporary R&B.

“Until Then (I Imagine)” rides a hard piano and kick-drum, and finds Jill at the peak of her sexiness on the album.  Jill confidently sings “I imagine, myself on my knees, waiting for you to come over and feed me” with enough command and power to surely bring her man running. The food emphasis is comical and assumedly appropriate here, as Jill’s #BBW image still stands both proud and commendable at the center of her music. Dinner aside, I definitely imagine this as becoming one of Jill’s #bubblingundertheradar songs, and with another flawless arrangement, this alone will definitely aid in her #grammyconsideration for next year’s ceremony.

“Missing You” begins with Jill shouting #glory!, and you can’t help but smile at her happiness. Raising a beautiful son, being happily in love, and #labeldramafree all at once is worth a good shout. Jill’s vocals come in deep and soulful, expressing her feelings when she’s apart from her beau. Background adlibs from co-producer JR Hutson excel in every way, making the love ballad another true album favorite. The song ends with Jill begging “please tell me you recorded something, PLEASE” which makes you think she #putinwork for one helluva first take.

The bonus song contains three great, short songs attached to one song. “When I Wake Up” is an uplifting smooth midtempo. Jill’s strong lyrics boast a reflection which could either be an anthem of self-empowerment or a sly single #subtweet towards her former label. Her brass confidence expresses a newfound type of freedom for Jill – one requiring struggle. “I need this affirmation / that when I wake up / everything that I went through will be beautiful” sings Jill, leaving a great message for listeners going through #hardtimes.

“Womanifesto” is Jill’s solo spoken word number, and it’s one of great admirability. Moments like this make me appreciate Jill’s ability to play with genre interpretation, as “Womanifesto” could actually be a ‘song’ even with no actual vocals. “I am all of this and indeed the shit – clearly I am not just an ass” are the ending words to Jill’s moving progression, solely solidifying her place in R&B music with Jill’s flow.

“Rolling Hills” closes the album on an even higher note than its beginning. The melody sets the tone for organic soul, the kind where you can feel all of the instruments and Jill’s voice. “There’s power in them rolling hills” asserts Jill, as she tells the story of a woman’s coming of age. Jill’s songs always motivate women alike everywhere, but there’s something really special with “Rolling Hills” which makes her four year wait one with great results. Adam Blackstone (of Maroon 5 fame) and Grammy nominated producer JR Hutson killing the background vocals makes for a true soulstar-studded affair.

Jill may not have produced a release similar to ‘Who Is Jill Scott?’ or ‘Beautifully Human’, but she’s given her fans inspirational, funny songs about love, life, and food. When assessing Jill’s relevancy in the 2011 world of music, my coworker said to me “I don’t like her cuz I’m big and all her songs are about food” and while true, that’s one of the coincidental reasons everyone loves her – we’ll call it her #realistfactor. Some topics may appear borderline suspect, but that’s just Jill keeping it real. No flashy videos or massive marketing here, as Scott’s #sexyhungrycool reaches a new plateau – ‘The Light of the Sun’ rightfully clouds her last album’s mishaps for a solid, soulful, #backtojill release.  From deep spoken word segments over hip hop beats to perfected vocal arrangements and fresh instrumental collaborations, Jill’s fourth release keeps her atop her competition as she delivers a very enjoyable album. And after a #1 Billboard Hot 200 debut, it’s certain that her fans, both new and old, agree.