As a younger music fanatic, I found myself going to my local record stores every Tuesday right after school to pick up the latest music releases. The first CD I ever went out and purchased myself was Missy Elliott’s ‘Supa Dupa Fly’ way back in 1997, and I’ve been officially buying music ever since. In current trends and with the increasing use of Internet technologies, artists are finding it much harder to sell actual physical releases of their full-length works, instead promoting and selling singles to reach larger audiences. The traditional nature of record labels making profits goes against the electronic nature of buying music, making platinum album certifications a thing of the past. And honestly, it’s about damn time. 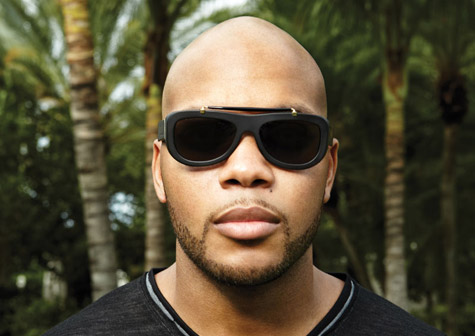 For me, Flo-Rida is the king of #singleselling, as his albums usually don’t sell at all. To date, Flo has been responsible for eight platinum-plus selling singles, four of which selling over 3 million copies each. Looking at his actual album sales tells a different story, as none of his three albums (‘Mail On Sunday’, ‘R.O.O.T.S.’, and ‘Only One Flo Pt. I’) have reached Gold status in the United States. Selling close to 22 million in singles alone would make music listeners think that Flo would be capable of successfully selling albums, but that’s not the case in current music trends.

While Flo’s single sales only seek to explain rap album sales, looking at mainstream artist Beyonce’s single sales tell a different story. Of the five singles released from Bey’s ‘4’ movement, three (“Run The World”, “Best Thing I Never Had”, and “Love On Top”) have sold over 500,000 digital single copies. Her fourth album has just recently reached the Platinum plateau, despite being released back in June. With all her other albums reaching multi-platinum status, her overall sales were higher when music downloading technology wasn’t available. Either way, a successful sales stint wouldn’t be the best way to describe Bey’s ‘4’ credentials, especially with piracy at an all-time high.

Both Flo and Bey suffer from releasing lackluster albums, but strategically pushing their “hit” singles. “Run The World” went straight to #1 upon its Itunes release, but slowly fell off the charts almost three weeks later. Consequently, ‘4’ is not only Bey’s lowest selling album to date, but it’s also her lowest first week numbers (310,000) in her entire career. Heavy urban airplay and homemade videos have been unsuccessful in producing a bonafide hit from the ‘4’ era, which has me thinking the same thing the label is thinking – this album officially flopped. I don’t like to use the word “flop” unless its genuinely true, but looking at the sales of her competitors (Katy Perry who has sold over six millions singles per single (x6), and Nicki Minaj who has a platinum plaque for every single sans “Massive Attack”), both their singles and album sales reflect a good label backing. In Flo’s case, while he may not have the best label support, he definitely has the open arms of mainstream radio. His latest single “Wild Ones” (feat. Sia) has been receiving close to 7 million spins per radio charting week, with hopes that album sales will be the same come June 12. Collectively, Flo’s first three albums have only sold about 800,000 copies in the United States, which says two things: (1) the general public is much more interested in Flo’s club-ready singles than his complete bodies of work, and (2) Flo’s album material usually differs greatly from his singles, deterring music buyers from even looking at an album track listing. 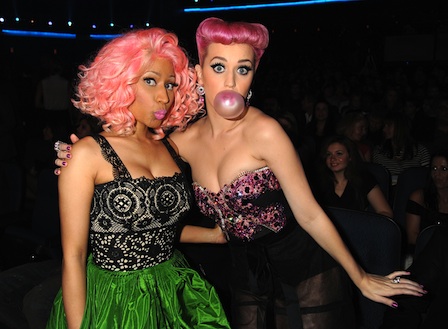 Whether its an album filled with boring songs or an album just filled with straight trash, someone at these artists’ record labels should be able to discern that singles don’t sell albums in 2012. To be successful (a la Katy or Nicki), an artist must have the drive that makes listeners want to hear more. Each single must be bigger and better than the last one, and it better not have the same beat either. When a listener pays $0.99 for a song, but won’t pay $11.99 for an entire album, the first thing that goes through my head is that maybe this artist just isn’t worth an entire album’s worth of coins. For me, I will usually download an album first, spend a few days listening to it, then decide if I want to support their release. The economy is hard enough as it is, and avid music lovers aren’t in the business for wasting money on cheap artists.