26 year old Lana Del Rey, best known for her sophomore album ‘Born To Die’ sold over 2.8 million copies worldwide, and is one of the best albums of 2012.  With her second album being such a great success, it was a lot of pressure on Lana to put forth a great release afterwards. ‘Paradise’ was released on November 12, 2012 and is the 3rd EP, which consists of 7 new tracks. Overall, ‘Paradise’ was a fantastic follow up to ‘Born To Die’ and not only exhibited her vocal maturity, it also demonstrated her excellent songwriting skills. If ‘Born To Die was a prepubescent girl playing in her mother’s hills, ‘Paradise’ is definitely a 20 something year old woman “looking to get fucked hard”. 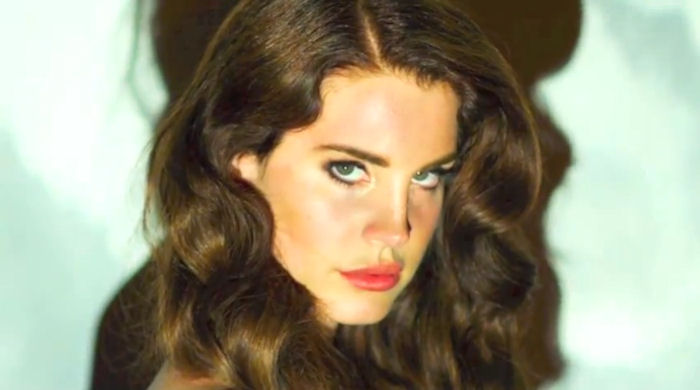 The disc opens with “Ride” which also happens to be the first single from the EP. “Ride” supposedly involves lyrics that tell of parental problems, alcoholism, and loneliness but none of that is conveyed during an initial listen.  For what it’s worth, the track is a true pleasure to the ears. Unlike most of Lana’s songs, she opted to use heavy string and piano instrumentation.  Considering that Lana usually sings over these slightly over produced pop beats, it was nice to hear her husky breathy voice over the beautifully orchestrated background. I’m excited that this track was chosen as the first single because it showed that Lana can make “real music”. Giving validation that not only can she sing, but that she also has more potential than any other pop/alternative artist that has surfaced in a while.

One of my favorite tracks from the EP is “American”. Much like “National Anthem”, which appeared on ‘Born To Die’, Lana continues her fascination with Americana. With lyrics like “Springsteen is the king, don’t you think/ Elvis is the best, hell yes…” paired with talk about crystal meth and that “barely there” voice, Lana slightly repeats her usual. The chorus and the bridge of the song definitely overcompensate for the elementary lyrics. And even though I feel like Lana does tend to overdo the American theme, first-time listeners would really appreciate how Del Rey seems to place her signature trademark on every track. 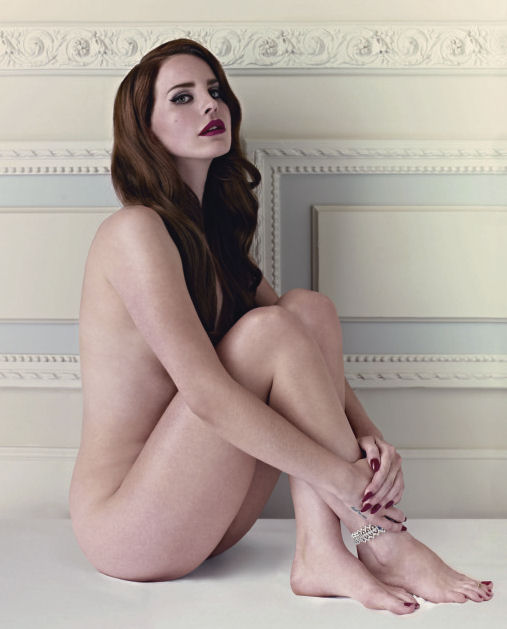 “Cola” happens to be anything short of laughable. For the EP to have so much potential, I thought “Cola” should not have even made the final cut. Having heard the demo version of “Cola” two weeks prior to the release of ‘Paradise’, this track had me salivating to hear the studio version in its entirety. But even with lyrics like “My pussy tastes like Pepsi Cola/I gots a thing for men who’re older”, I feels as if the track didn’t push Lana or the song itself into the direction that it needed to go. In my eyes, “Cola” fell short and should have just been one of Lana’s “good” unreleased tracks. 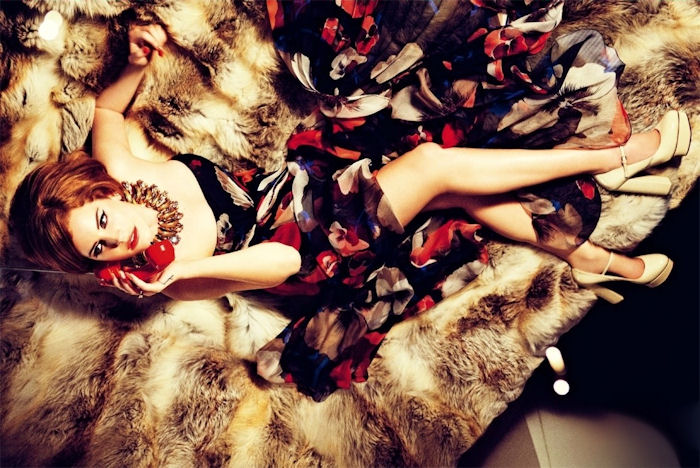 “Body Electric” is another standout tracks from ‘Paradise’, as Lana shows off her flare for reconnecting with American icons such as Elvis and Marilyn Monroe with lyrics like “Elvis is my daddy/Marilyn’s my mother/Jesus is my bestest friend”. Lana does an excellent job with blending her pop voice with the rock-and-roll feel of the track. The repetition of “I sing the body electric” is not only addictive, yet at the same time hypnotizing.  The song is said to pay homage to a poem by American writer Walter Whitman (“Whitman is my daddy”) entitled “I Sing The Body Electric” who is known for his very controversial and sexually overt work.

Del Rey also covered “Blue Velvet”, a popular 1950s song which was originally recorded by R&B group The Clovers, and I was personally shocked that Lana chose to cover this song. “Velvet” is not only featured on ‘Paradise’, but is also the promotional single for her 2012 H&M autumn fashion campaign. The song is unlike any material that she has ever put forth, but the cover definitely fits the singer’s Jackie Kennedy persona. I think that it was very easy for Lana to cover this song seeing that her voice tends to give off a jazz feel while showing how versatile Lana’s voice really is.

“Gods & Monsters” is definitely my favorite track from the EP, and it could possibly be one of the best tracks from the singer to date. This is one of the few tracks where I think that all of the Del Rey’s flaws – mainly her lounge singer, breathy voice – works in her advantage. Once again, the singer does an excellent job with blending her pop voice over the rock-and-roll feel of the song. Out of the 8 songs from the disc, I feel as if this track has the clearest message. The track is very moving with lyrics such as “Me and God, we don’t get along, so now I sing,” and the lyrics really illustrate Lana’s passion for her music. “Gods & Monsters”, in my opinion, plays as the main idea for the ‘Paradise’EP.

“Yayo” returns for a third release, after having appeared on her first EP ‘Kill Kill’ and her debut album ‘Lana Del Ray a.k.a. Lizzy Grant’. The thing I liked most about this track is that Lana wrote this song solo, but I really feel as if this song should not have been placed on the release. Compared to the other two versions, the third “Yayo” was over-produced and the vocal phrasing made the lyrics inaudible. Given the track’s flaws, somehow the singer still turns this into a truly beautiful piece. “Yayo” continues to show off Lana’s vocal abilities, and that she really doesn’t need anyone to write her music which many new artists depend on. 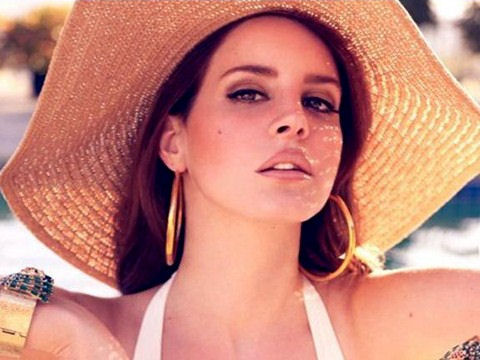 “Bel Air” was another track that fell short of my expectations for the EP. Though the song is quite “pretty,” the track doesn’t hold true to the set’s overall theme, and I would consider it a “filler” track. I honestly felt that track was well below average, compared to the rest of the songs, and quite frankly should not have made the final cut. If you managed to snag a copy of ‘Born To Die: The ‘Paradise Edition’, you have a chance to listen to “Burning Desire”. This song was poorly written, poorly produced, and it was not on the level as the other songs from the album. This track showcased Lana in her usual light – singing in a dark basement about her cocaine addiction and her love for older men. The song had no meaning and served no purpose, other than being a “bonus” track. 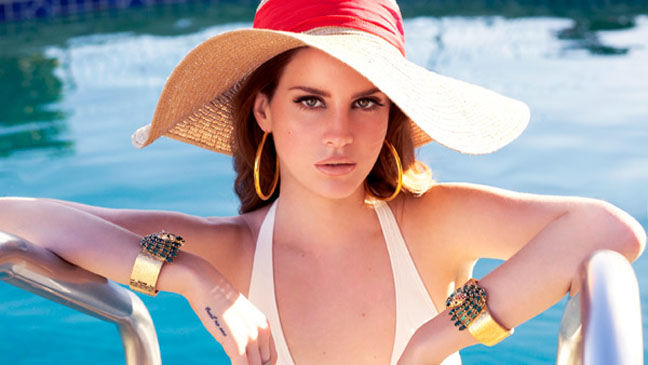 In all, ‘Paradise’ shows tremendous progress since the release of ‘Born To Die’. Even though this is only the singer’s second major label production, the singer seems to imprint every track with the musical persona that was created with ‘Born To Die’. Lana has not only a unique voice, but also has an even more unique writing style, not to mention that her lyrical content is better than some of your current favorites out now. One of the best characteristics of the EP is that it gave the singer freedom to play outside of her original sound. The eight song set shows that the young singer has insurmountable potential, and a spot among other great current musical talents. Facts are facts. ‘Born To Die’ sold 2.8 million to date, and ‘Paradise’ sold 67,000 during its first week. For Lana Del Rey to be a fairly new artist, the numbers show that the singer must be doing something right. I’m beyond excited to see where her career will actually lead her and I know for sure that we will be hearing way more music from Ms. Lana Del Rey.