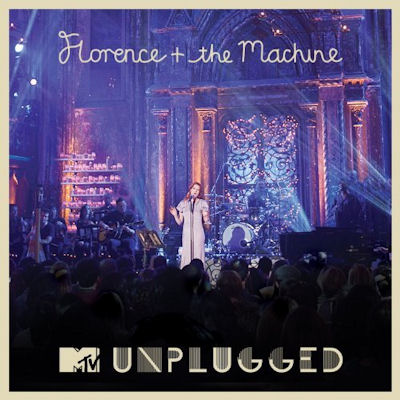 Florence + the Machine broke out on the American scene with their indie hit “Dog Days Are Over”, which slayed nearly every chart format (except for the urban side) during 2009. The band’s second album ‘Ceremonials’ was widely critically acclaimed and spawned a massive international tour which also featured the Weeknd and Dev Hynes’s band Blood Orange. After receiving numerous rave reviews that praised lead singer Florence Welch’s #vocalacrobatics, it’s no surprise that she would receive the prestigious ‘MTV Unplugged’ set in mid-2012. As Kanye West sits in the front row of Florence’s ‘Unplugged’ set giving her a standing ovation after each song, it’s clear that her live vocal talents are unmatched by any artist today. Her live renditions of ‘Ceremonials’ singles “What The Water Gave Me” and “Shake It Out” are each Grammy-worthy, topped off with pitch perfect vocals and a stellar stadium arrangement.

While Florence’s singles excel in the live format, it’s her covers that really make the album shine. Covering classics has become a recent trend for hot artists on tour, but Florence’s vocals do amazing things when they are paired with some of music’s biggest hits. Johnny Cash’s country smash “Jackson” gets an unbelievable redux which features Queens of the Stone Age’s Josh Homme. But it’s Florence’s version of the Otis Redding R&B hit “Try A Little Tenderness” (sampled for Kanye West and Jay-Z’s “Otis”) becomes the star of the entire set. The vocals are above standard and just her presence during the live rendition are enough to give you bone chills. For those with the DVD which accompanies the ‘Unplugged’ disc, you’ll notice several celebrities in the audience with their one-hand in the air as if it’s a Sunday morning church solo. Having a ‘MTV Unplugged’ set is a huge accomplishment for any vocalist in its own right (Katy Perry, Lauryn Hill, and Mariah Carey to name a few), but Florence’s set is truly a one-in-a-million vocal showing that adds a timeless sound to her entire catalog.

Watch the mind-blowing live performance of “Never Let Me Go” below.