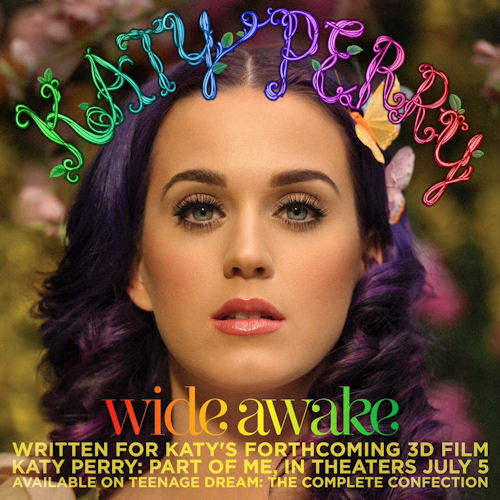 Whoever is sitting at the Oscar table nominating for 2013 has done a great justice to the music industry, as the Queen of Pop Katy Perry has been short-listed for a 2013 award. The Academy of Motion Picture Arts and Sciences, which puts on the Oscar show each year, meets in November of each year to begin discussing movies and songs to be nominated for the elite awards. Perry’s ‘Part of Me 3D’ was released in July 2012, making both the film and soundtrack (read: ‘Teenage Dream: The Complete Confection’ re-release) eligible for contention at the 2013 ceremony. Katy’s groundbreaking single “Wide Awake”, which stormed the Billboard Hot 100, Pop, and R&B charts this past summer, is now #foryourconsideration for the most prestigious music Oscar ever. The Queen of Pop could possibly pull off two major accomplishments in 2013 with “Wide Awake” – a Grammy for Best Pop Solo Vocal Performance and an Oscar for Best Original Song. Will Katy Perry outshine her competition and join Jennifer Hudson’s ranks and win an Oscar? Look out for the full nomination list on January 10, 2013. View the full list of music artists short-listed for the 2013 ‘Best Original Song’ Oscar HERE.