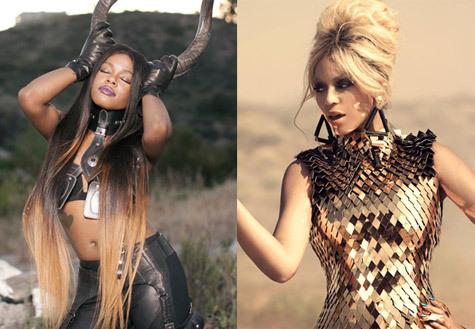 Azealia Banks may have made her share of enemies in the music industry, but at least Beyonce’s her friend. The Grammy-award winning singer has been recording her upcoming fifth album with Timbaland, Pharrell, Justin Timberlake, and The-Dream since June of 2012. Azealia revealed that she had recorded with Pharrell over the summer, but just recently found out that one of her collaborations will be included on Beyonce’s project. Pharrell joins a list of A-list musicians (Kanye West, Missy Elliott, Lady Gaga) who have been anxiously awaiting a collaboration with the Harlemite femcee. Being a spokesmodel for the exclusive fashion retailer ASOS, Azealia mistakenly revealed the news during their latest Google Hangout.  The Beyonce’ news begins at 46:55 in the video clip below.