With the 12th season of ‘American Idol’ fast approaching, it’s time to take a trip back down memory lane. Every year just before a new season, I take a significant amount of time to relive the best (and sometimes worst) performances of all-time. As an avid fan of the show, I haven’t missed a single episode since its inception way back in 2002. Despite its #revolvingdoor of less-than-becoming judges, ‘Idol’ stands as the premier source of raw talent in America. There have been many copycats, but the ‘Idol’ format is #battletested in terms of producing quality vocalists. Below starts the first of three commemorative posts detailing my top 30 ‘Idol’ contestants of all time (and no, Fantasia is not #1 on my list).

I loved Chris particularly because of his #757heritage (Chesapeake, VA to be exact). His voice was very urban on the show, but shined especially during country/rock weeks. Richardson is currently signed to Cash Money Records.

Paris Bennett, the granddaughter of the great Ann Nesby, stands as one of the youngest singers to make the top 5. Her performances were playful and entertaining, although not taken very seriously by Simon Cowell. After releasing her debut and Christmas albums in 2009, Bennett is currently working on her second studio album with jazz and theatre producers.

Favorite Performance: Jennifer Holliday’s “And I Am Telling You I’m Not Going” (Semi-Finals Group 1)

Adding to the immense male vocalist talent on season two, country singer Josh Gracin was seen as the #heartthrob during his run on ‘Idol’. Gracin’s performances mainly included love songs and country ballads, which earned him a first-place ranking three times. Josh has released three country albums to date, two of which have reached Gold RIAA certification. 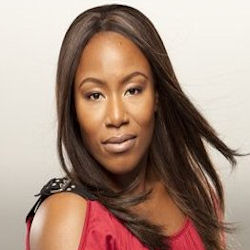 Mandisa made national headlines in 2006 when Simon Cowell attacked her weight by questioning “do we have a bigger stage this year” (source). The comment was received negatively and (for me) was the beginning of the end of his judge stint on the show. The comment, which happened just before the live shows, gave Mandisa a push in terms of votes – reaching first place during the first live shows and second place two weeks in a row afterwards. Despite her early departure, Mandisa’s three studio releases have all been Grammy-nominated for ‘Best Gospel Album’. 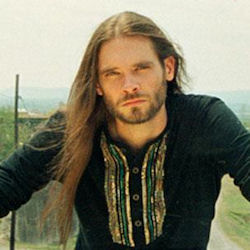 Bo Bice’s performances birthed my signature quote “there’s a black woman trapped inside of him”. Every week, he outshone everyone (including winner Carrie Underwood) and he was predicted by nearly every major music critic to win the fourth season. Although placing second, Bice has released three studio albums and created his own label SugarMoney Records.

The smooth Florida native Michael Lynche (nicknamed Big Mike) was widely remembered during his audition, in which his wife videochatted him during and after his daughter’s birth. The event, along with his performances, showed his softer side and made him a favorite during the show’s ninth season – especially for Ellen DeGeneres. Post-Idol, Lynche just released his self-titled debut album.

Jason Castro stands as my only favorite from season 7. With his Bob Marley-influence pushing him through to fourth place, Castro’s vocals were definitely the most soulful of his season. Jason’s voice was especially heralded by the Christian community, resulting in his post-Idol signing with Word/Atlantic Records. To date, Jason has released two albums and four EPs, and is preparing to release his third studio release on January 18, 2013.

San Francisco native LaToya London was unfortunately placed in the “other Black singer” category alongside Fantasia Barrino. Although her voice was lightyears better than Barrino’s, she placed fourth in the show. Simon Cowell repeatedly told her each week that she was the best vocalist of season 3, and actually shed his first #idoltears when she was eliminated. After Idol, LaToya released her debut album ‘Love & Life’ which featured Grammy-nominated single “Appreciate” (feat. Black Thought of the Roots). London also did a three-year stint alongside Michelle Williams on Broadway, playing Nettie from ‘The Color Purple’, and received two NAACP awards for her stellar performances.

Fiery Mississippi vocalist Skylar Laine brought a Christina Aguilera-type vocal to each of her country-tinged performances on season 11. Every vocal featured a shattering high note, earning first place two weeks in a row. Skylar brought spunk to the country genre, and sung each song effortlessly. Standing as the only real vocal competition (besides Joshua Ledet and Jessica Sanchez), Skylar is currently recording her debut country rock album.