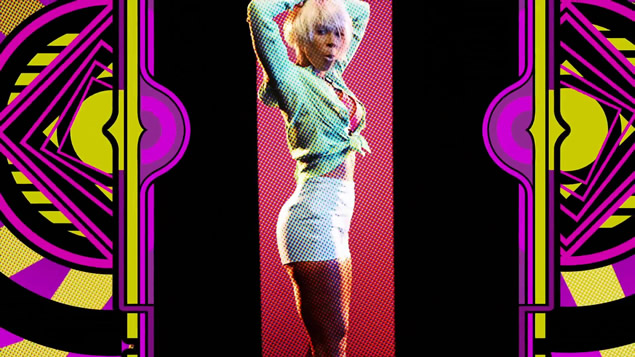 In the latest #kellyrowlandepicfails news, Big Boi recently released the “Mama Told Me” video for his duet with the styling-plagued singer. The song, which serves as the first single from Big Boi’s sophomore album ‘Vicious Lies and Dangerous Rumors’, is actually really great on the rap side as he conquers topics he usually shys away from (relationships and sex). Taking the advice column approach, Big Boi raps about successful dating tips learned from his mother. Kelly appears on the chorus and delivers a very poor vocal (and general) presence, as she attempts to sing “try not to break too many hearts / that’s what mama told me”. Adding to her own destruction, Kelly dons a short Nicki Minaj-type wig, pairs a fitted that reads “DOPE” with an ill-fitting suit, and twerks in what looks like her own childhood camel-toe shorts. The showings (again, both vocal and presence) are not typical for a Grammy award winner, but Kelly proves that her Destiny’s Child stint was the only thing that put her in the eyes of the Foundation. Kelly’s styling in the video also has as negative effect on Big Boi’s single, as the looks are so off-putting that you’re forced to change the channel to 106 and Park when “Mama” comes on. For me, neither artist’s solo careers have been successful, and unfortunately their first duet together is no change in previous patterns. Watch Big Boi and Kelly’s duet “Mama Told Me” below.