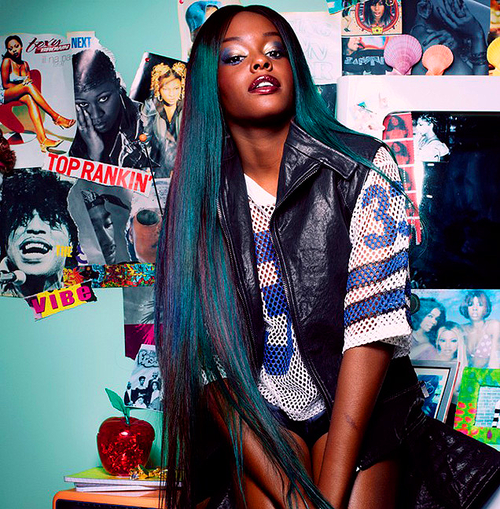 Azealia Banks is no stranger to covers, but her latest rendition of NYC’s The Strokes’ hit “Barely Legal” is the most positive direction her career’s gone in months. Taking a sultry approach to the Julian Casablancas-written album track, Azealia showcases her true vocalist intentions. The lyrics “I just wanna misbehave, I just wanna be your slave” are sung with a level of artistry that’s classically trained, making Azealia’s vocals give current pop sweethearts a run for their money. It’s her rich vocal register here that sells the relatively unknown rock track, and it’s done as if it were worth a million dollars. Banks turns a song about maturity and innocence into a hit, dropping it at perfect timing to coincide with her upcoming album ‘Broke With Expensive Taste’. I gotta admit, Azealia’s #fauxbritish accent, which magically appears when she sings, is a true gift in a world of originality. She may not have the best vocal around, but it’s interesting enough to keep you wanting more. Listen and download Azealia’s cover of “Barely Legal” below.

Listen to original version by the Strokes below.