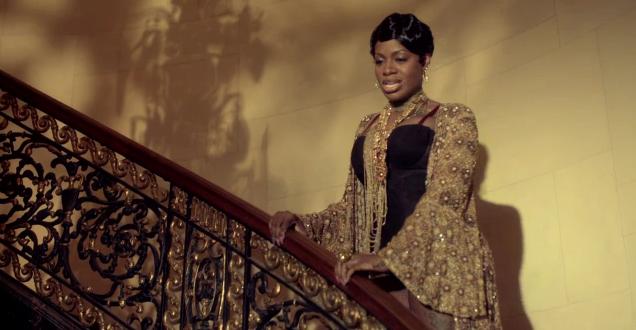 After staying in the controversial limelight for the last three years, Fantasia makes a storming return with hopes to the top the R&B charts. The first video from her upcoming fourth album ‘The Side Effects Of You’ entitled “Lose To Win” is a heartfelt run to Fanny’s true soul roots. “Win” samples the Commodores classic “Nightshift” drumline and focuses on her up-and-down relationship with #tmobilebabydaddy Antwaun Cook. While the song is not too much of a departure from her first singles, “Win” hasn’t picked up on mainstream urban radio as expected. Granted the old-school style is a bit too overbearing on the single, it’s definitely one that will reach multi-formats once properly pushed. The video features an overly glam Fanny in vintage garb and a #whitneybob as she belts out the song’s inspirational words. Even though the tears and dramatics may not be real for a video clip, they do their best to serve the true essence of the song – sometimes you gotta lose to win again. After a much needed hiatus, Fanny’s finally ready to show the world what she means by losing. “Win” may not be an instant #win, but it’s definitely notable enough to earn her another #firstsinglegrammy like her last albums. Check out the official clip below and look for ‘The Side Effects Of You’ to hit stores on April 23, 2013.