British starlet Rita Ora may be referred to as “Rihanna’s understudy”, but the official #princessofrocnation has just landed her first American fashion spread – and it’s huge. Set to embark on a full stateside promotional run this summer, Ora first revealed her cover gig on Instagram. When the full spread went viral, Rita’s beauty became a hot topic among social media. There’s no denying Rita’s beauty, but the spread takes it to new heights. The left cover features her high fashion side and the right cover highlights her comedic nature. Both are worth framing, and gives her a positive introduction to mainstreamers. 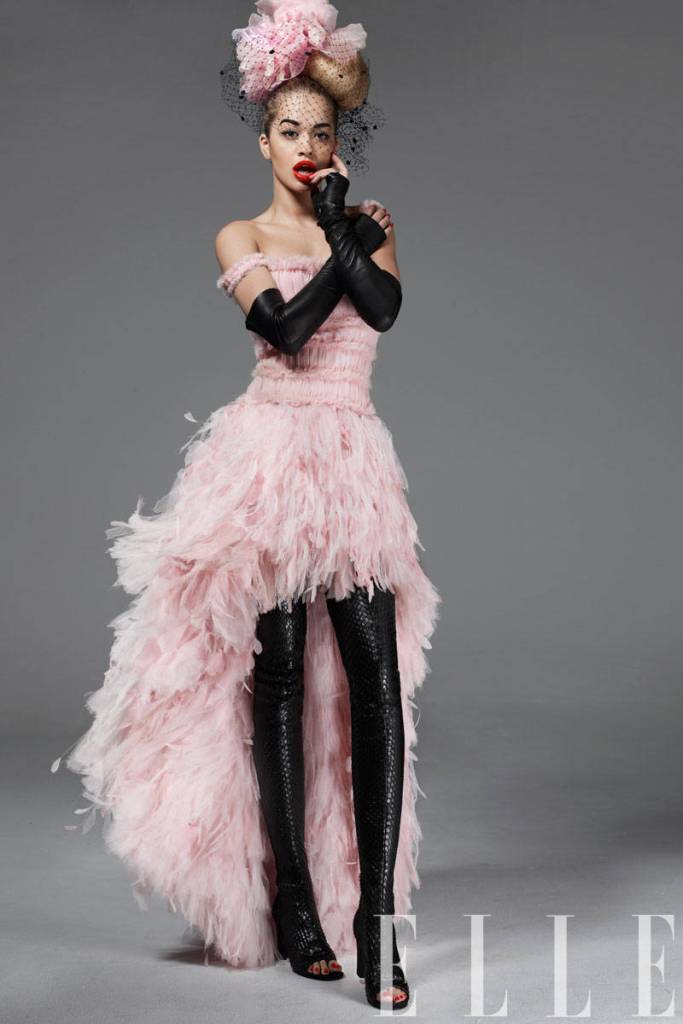 To say this look is to die for is a mere understatement. The tulle and organza photographs extremely well, and the matching leather gloves and over-the-knee boots add a bit of spice to the girly pink ensemble (all by Chanel Haute Couture).

Rita works the ladder prop well here, giving the floral-painted organza dress length to shine. Although you can’t really see the matching printed pumps, this Valentino Haute Couture ensemble is a look that not many new artists could pull off.