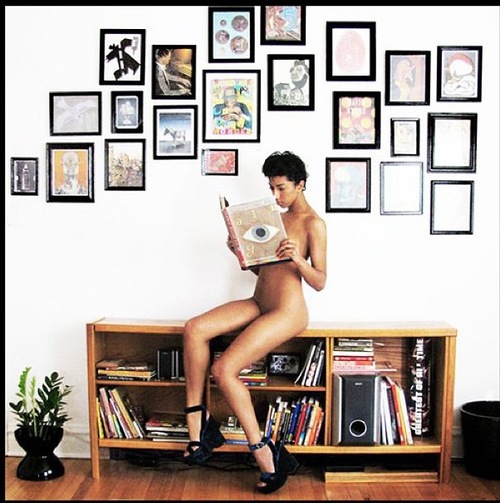 High fashion British artist Kesh is finally bringing her designs stateside with the upcoming release of her exclusive line with American Apparel. The acclaimed artistic designer is notably known for her signature, futuristic black-and-white inspired prints that have been everywhere from London Fashion Week (Topman) to the W Hotel in Paris. While most of Kesh’s designs have garnered more international appeal, the collaborative project with high end ready-to-wear retailer American Apparel will give the UK fashionista some rightfully deserved stateside appeal. The line, which is due in New York, Los Angeles, and Miami stores this summer, will feature looks for both men and women. Looks for men will include briefs, boxers, and tank tops, while looks for women will feature cropped tops, all-over print skinny jeans, and one-piece dresses. Check out a few promotional pictures of what’s to come later this summer from Kesh’s American Apparel line below (source). 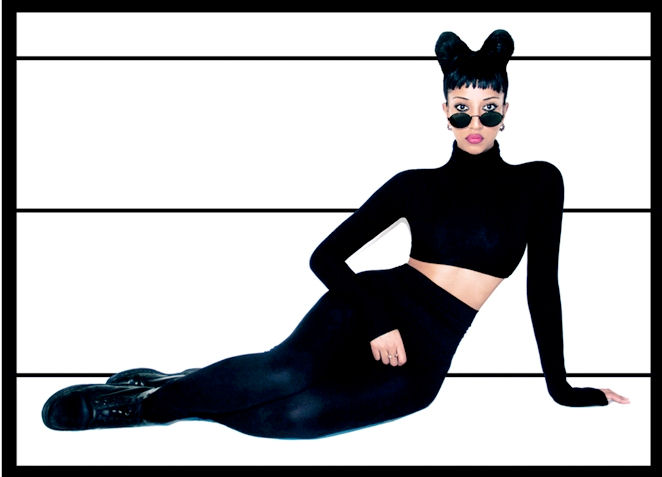