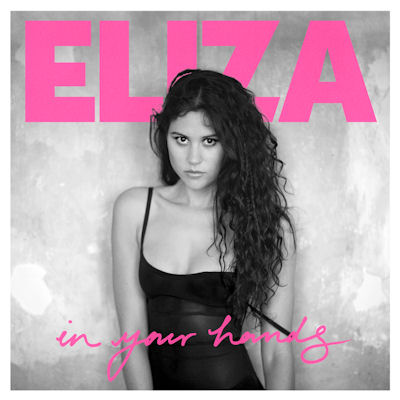 There aren’t too many artists that can shift genres successfully and maintain their original fanbase. The sophomore album from British superstar Eliza Doolittle finds the singer exploring more R&B/soul territory while gaining many new fans along the way. Her self-titled debut album was the exact opposite, filled with one-sided Britpop tunes that would never get American airplay. The songs struggled in US markets, but were marveled everywhere else in the world. On ‘In Your Hands’ and after three UK #1 singles, Eliza’s voice matures to new heights and gives her a viable shot at breaking it big internationally.


The first ‘In Your Hands’ single (“Big When I Was Little”) earned an H&M promo spot in their fall 2013 campaign and discusses the challenges of maturing while maintaining youthfulness. “Hush” continues this trend with its upfront “please stop all of your bitching / you’re talking in fiction / don’t wanna hear your tall tales” bridge, proving that Eliza isn’t scared to playfully embrace her new urban roots. It’s also worth mentioning that Eliza’s vocals are stronger and more present on her second album. Songs like “Checkmate” and the album’s title track are stadium-esque anthems, which would hopefully be enough to bring the British singer to America for a proper tour.

But notwithstanding the music, the biggest change in Eliza since her debut is her newfound sexiness. After her on-again, off-again relationship with Good Charlotte’s Benji Madden, ‘Hands’ features many songs that shows her evolution with love and relationships. Fourth single “Walking On Water” is a beautiful tribute to long-distance relationships, and “Make Up Sex” very well could become the most meaningful love song in her entire catalog. With soul music already fading in terms of powerhouse vocalists, Eliza’s ‘In Your Hands’ shows that she’s ready to pick up right where Ledisi and Floetry left off.