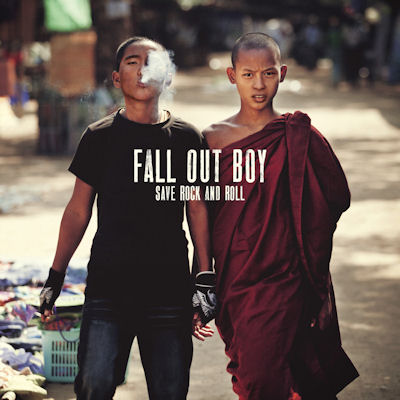 On their fifth album, Fall Out Boy deliver their most cohesive set of music to date. ‘Save Rock and Roll’ was initially a secret, but due to fan outcry the band rekindled their differences and began recording. First single “My Songs Know What You Did In The Dark (Light ‘Em Up)” has become a Billboard Top 20 hit with its larger-than-life chorus. The album boasts an impressive, but short, list of collaborators including Big Sean (“The Mighty Fall”), Courtney Love (“Rat A Tat”), and Foxes on the beautifully written “Just One Yesterday”.


Unusual for a rock band, the vocals seem to be of greater importance than the songwriting. “Alone Together” is a well-sung standout from lead vocalist Patrick Stump, filled with vocals that would give your favorite musicians a run for their money. Album standout “Miss Missing You”, however, is possibly the best songwriting and vocals on the album. Patrick’s vocals are super strong as he sings the pop/rock number a painfully tragic breakup.

The best thing about ‘Save Rock and Roll’ is that there’s a video coming for each song on the album. The ‘Young Blood Chronicles’ will feature the band in a storyline format that follows the “save rock and roll” theme. On the album title of the same name, Fall Out Boy prove that they have successfully rescued the genre and have become even more of a legend in the realm of pop/rock.