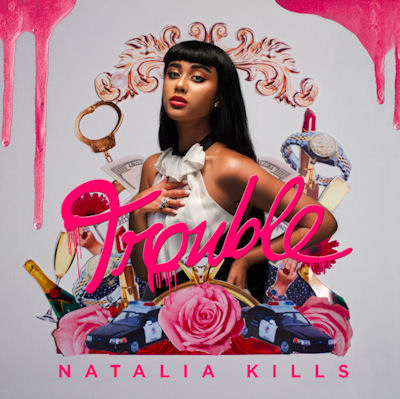 Natalia Kills will always be one of my favorite artists, simply because her go-to producer is the genius behind Kanye West’s critically acclaimed ‘808s and Heartbreaks’ album. Produced with Grammy-award winning producer Jeff Bhasker, Natalia’s sophomore effort ‘Trouble’ is an all-out pop affair, filled with some of the best beats this year. The album’s first single “Controversy” features a sickening uptempo beat paired with #controversial lyrics from Natalia. “Controversy” also caused a bit of controversy itself with its shocking drum sample of Jay-Z and Kanye West’s “Niggas In Paris” (3:20).


After the success of “Controversy”, Natalia’s mainstream single was the bass-heavy rock number “Problem”. The song’s punch is much more than what Natalia usually delivers, mainly thanks to its co-production from Lana Del Rey’s producer Emile Haynie. Second single “Saturday Night” keeps the pop momentum at new heights with its strong chorus and clever video. To date, “Problem” has performed better than “Saturday Night”, but both singles showcase Natalia’s potential to become a powerhouse in the world of mainstream pop.

But there’s also a few slow gems that maintains Natalia’s sometimes dark subject matter. Album standout “Stop Me” features haunting lines like “I put my high heels on so that I’m closer to God” and “we can do some damage, so fuck me in the Paris lights” that works wonders for the anti-fame artistry that her music seeks to portray. The uptempos on ‘Trouble’ fare even better despite their lack of mainstream success. Songs like “Daddy’s Girl” and “Rabbit Hole” are the best storytelling efforts from any female pop artist this year, despite its somewhat raunchy subject matter. Natalia’s definitely got the ‘it-factor’ to be successful, and ‘Trouble’ truly showcases her many contributions to both songwriting and female pop stars.