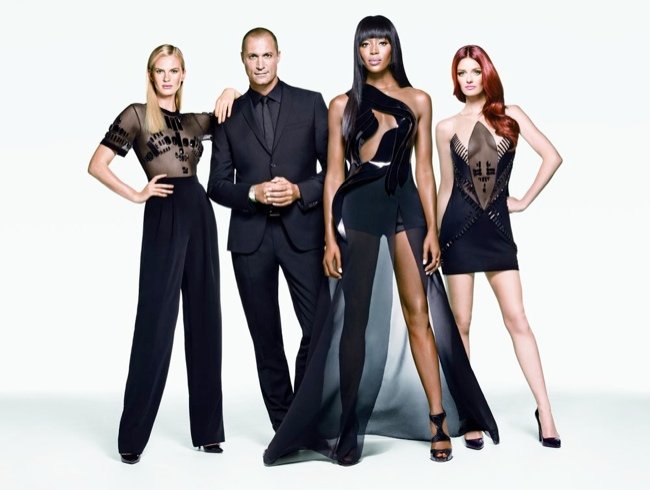 Oxygen’s breakout reality series ‘The Face’ (starring Naomi Campbell and Nigel Barker) has officially been renewed for a second season. Much speculation regarding the departure of former co-hosts Coco Rocha and Karolina Kurkova arose after many of the show’s first season arguments went viral. With Campbell being the only judge returning in 2014, Rocha and Kurkova have been replaced by supermodels Anne Vyalitsyna and Lydia Hearst. Although Anne and Lydia are not as much of household names as former judges, their respective credentials with magazines such as Sports Illustrated and Italian Vogue are enough for me. Superstardom aside, Naomi’s infamous “check your lipstick color” argument with Coco Rocha made national headlines and propelled ‘The Face’ to respectable viewership for a debut series. Popularity from ‘The Face’ has spawned four worldwide versions of the show (Australia, Canada, France, UK) – all featuring Naomi Campbell as a mentor. I love everything about Naomi, and it’s clear that she’s bringing a fresh “attitude” to modeling reality competitions unlike their ‘America’s Next Top Model’ competitors. Promo for the upcoming season of ‘The Face’ cleverly features Natalia Kills’ hit single “Problem” – possibly one of the only songs that accurately describes the show’s troublesome coaches. The second season of ‘The Face’ begins on Wednesday, March 5, 2014 at 10:00PM.