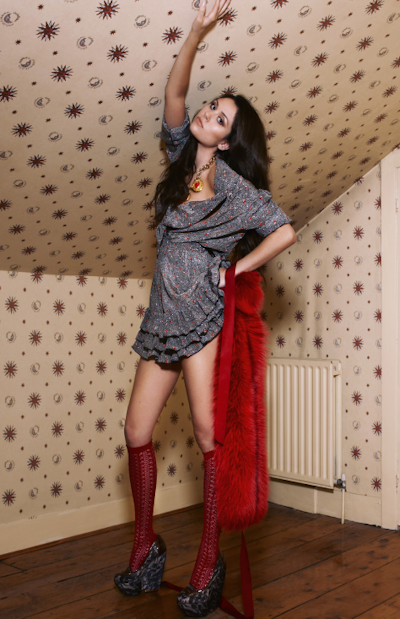 British dubstep producer Wookie has been releasing successful singles since his 2000 debut album ‘Wookie’, and his latest endeavor featuring Eliza Doolittle is no different. “The Hype” serves as the latest production collaboration for Wookie and is actually the second time the two have worked together. Eliza’s second single “Walking On Water” was given the remix treatment in mid-2013 leading the pair to collaborate again. On “The Hype”, Eliza’s vocals about being “hyped” about a new love interest are stellar as usual. Ever since the release of her second album ‘In Your Hands’, Eliza has showed vast, highly noticeable improvements in her entire artistry. “The Hype” is just another receipt that shows her true greatness as an international female vocalist. The official video is simple and features a moving storyline despite not featuring either Eliza or Wookie. But It’s the live version featuring Eliza’s presence that shines the most though. Shot for UK’s SB channel, it’s even better than the studio version – especially shining at 3:00. It’s great that an amazing artist like Eliza nails every live performance during her second album’s run, but I still wish she could break American markets. Watch the live version and download the studio version of Wookie and Eliza Doolittle’s “The Hype” below.