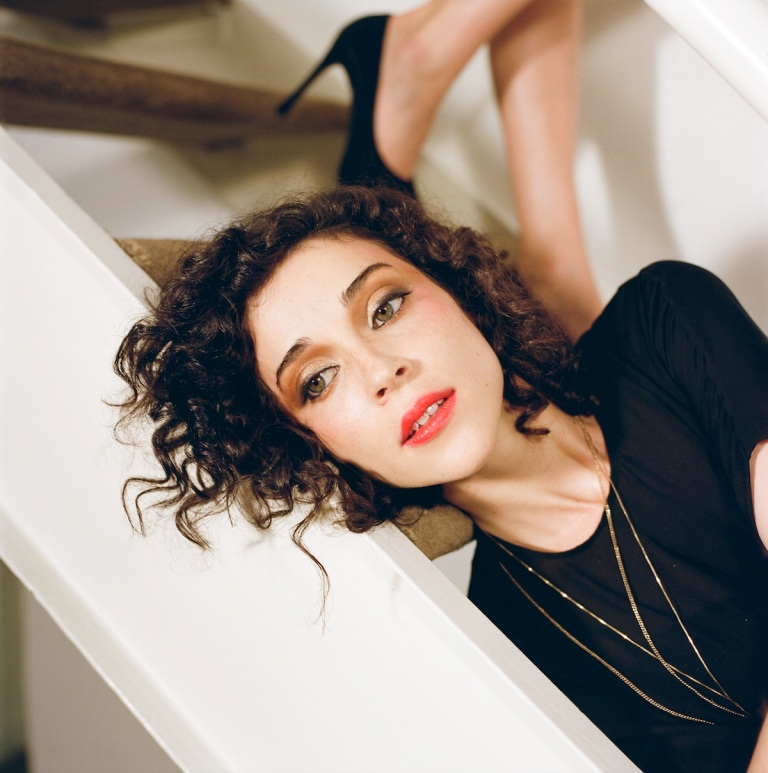 American indiepop singer St. Vincent’s first single from her self-titled fourth album has gained the hearts of critics nationwide weeks prior to its official release. “Digital Witness” is an strange but catchy number about the pitfalls of social media. St. Vincent’s eerie method of songwriting takes an interesting slant on the overdependence of technology as she asks “digital witnesses, what’s the point of even sleeping?” The haunting lyric seeks to portray how much importance we place on being watched no matter which (social media) route you take. Her latest clip features robotic-like movements synchronized, possibly to represent the repetition that overtakes our daily lives. St. Vincent’s styling for the video is very futuristic, featuring an asymmetrical haircut dyed in her (now) signature light grey. Paired with the colorful, vintage-esque video and an exclusive concert series for American Express, St. Vincent’s “Witness” has become her most successful single to date. Even though she isn’t exactly a household name after releasing four albums to date, her work on ‘St. Vincent’ is her best yet. Watch and download St. Vincent’s “Digital Witness” below.