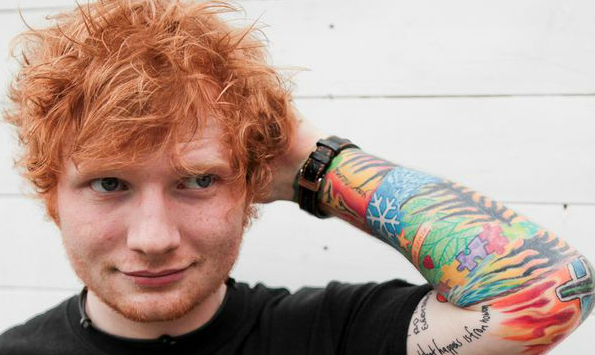 There are only two male vocalists today that I can listen to. One being Sam Smith, who is currently dominating mainstream charts with his work with Disclosure (“Latch”) and singles from his upcoming solo album (“Money On My Mind” and “Stay With Me”). The other is Ed Sheeran, the three-time Grammy-nominated artist. Having been nominated in three of the Big Four Grammy categories off of his 2011 debut album ‘+’ alone, it’s clear that Ed’s contribution to soul music is well-appreciated worldwide. Sheeran surprised American audiences on ‘Saturday Night Live’ a few weeks ago with the introduction of his lead sophomore album single “Sing”. The song, which also features Pharrell Williams, is a soulful uptempo that sounds like a brilliant mix between Smith, Robin Thicke, and Justin Timberlake. “Sing” packs more of a mainstream punch than any other Sheeran single before. It’s quite the departure from his most prolific singles to date – “The A Team” and “Lego House” – possibly due to Pharrell’s influence. The single features lyrics about love in the club, with the song’s best moment in the form of a Rihanna-“We Found Love” tribute (“let it go until I roll with the chains / singing ‘We Found Love’ in a local rave”). The chorus paired with Ed’s vocals are extremely catchy, and with its recent Hot 100 top 20 debut, it’s his most successful single to date. Listen and download Ed Sheeran’s “Sing” featuring Pharrell Williams below.