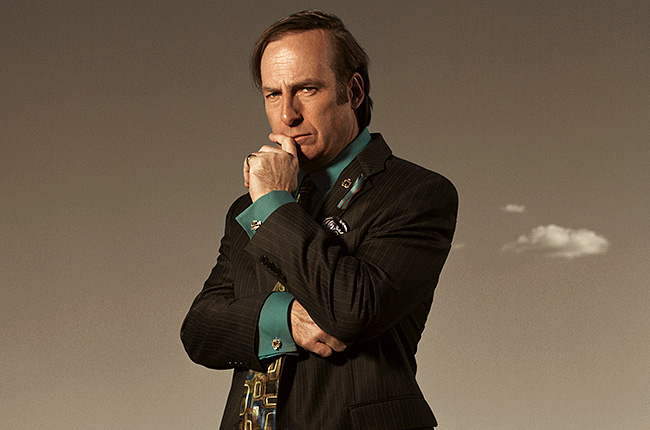 Emmy winning actor Bob Odenkirk may be known for his role as Walter White’s unorthodox lawyer on ‘Breaking Bad’, but now he’s stepping up to take his rightful position in the spotlight. ‘Better Call Saul’ has been greenlighted for an early 2015 release and will star Saul Goodman in a character origin series alongside fellow ‘Bad’ alum Mike Ehrmantraut (portrayed by Jonathan Banks). The events in ‘Saul’ are reported to have taken place prior to the ‘Bad’ timeline, but that doesn’t mean we won’t be seeing any other familiar faces. Ehrmantraut’s role was one of my favorites, but there’s also Saul’s comedic bodyguard Huell Babineaux (Lavell Crawford), his “fixer” Ed (Robert Forster), and his feisty administrative assistant Francesca (Tina Parker). Although all three roles are relatively minor, their inclusion to ‘Saul’ could reel in plenty of ‘Bad’ fanatics. But for now, AMC has released a funny clip that (presumably) shows how Saul and Mike met. Look for AMC’s ‘Better Call Saul’ to premiere on Sunday, February 8, 2015 and watch a special preview clip below (source).