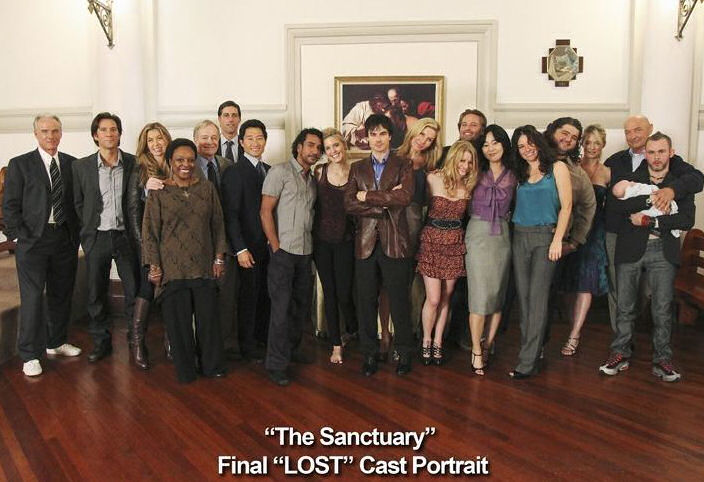 Back in my UVA days, all of my friends watched ‘Lost’. I was the only one in my circle who was hooked on indie shows like ‘Deadwood’ and ‘Class of 3000’, while they skipped our weekly night classes to watch America’s favorite strandees delve through a mysterious island with polar bears and electromagnetism. My instinct was that the show was equal parts cheap and campy, primarily due to the introduction of the #smokemonster in its pilot episode. But I was wrong. The Emmy-award winning show, which premiered in 2004 and ended in 2010, never made an impact with me until recently.

But the fact that my friends are still talking about the critically-acclaimed show – which recently celebrated its tenth anniversary – baffled me. So one weekend with two pints of Trader Joe’s Cookie Butter Ice Cream and my bestie’s Netflix password, I immediately binged through the first fourteen episodes in two sittings. I was hooked beyond belief and just wanted to be on the island fighting evil with them. The connection that I instantly drew with the characters also made an interesting parallel to my personal life, as I began noticing qualities of ‘Lost’ characters in my own friends as well.

Of course, I would be John Locke, the philosophical stranger with a penchant for not being told “no”. Both forms – Locke and the Man In Black – would serve as my dualistic personality with me being a Gemini. The struggles that “Locke” went through as being a scared, timid individual are debunked when the “Man In Black”, one with extreme power and confidence, arrives – much similar to my own dualities.

Quinton agreed that he would be Hugo, the serious prankster packing a larger-than-life appetite. Although he gets in the stickiest situations, he finds just enough fun and laughter to make everything seem lighter than it really is. Kevin, by default, would be Charlie. A musician with an avid ear for equal parts talent and bullshit, Charlie grew to become one of the smartest (and sarcastic) person on the island.

Cynta would surely be Kate – tenacious, dedicated, strong, and extremely pretty. The mixture of Kate’s criminal nature along with her ability to stay alive throughout all six seasons is definitely commendable given her numerous close calls (“dodging the bullet” as Bey would call it). Despite how many men tried to accost her on the island, she also had the most creative ways of keeping her island cohorts friendzoned.

Teneshia is Claire by default, because her love for her newborn son is much similar to her ‘Lost’ counterpart. With the circumstances on the island making raising a child quite difficult, someone as resourceful as Fancy T is sure to survive – as did Claire.

One of my closest friends Kyle has a knack for creating ridiculous (and sometimes offensive) nicknames for everyone he sees regularly – just like Sawyer. I’ve been called everything from Maxine Shaw, the male Cleopatra, and even Lil’ Debbie by him. These nicknames are so clever, it’s almost possible that “Sawyer” came up with each of these himself.

My favorite couple Erica and Naesha would be Jin and Sun, respectively. Throughout many of the flashbacks, Jin worked very hard to make a good life for Sun, despite many people not agreeing that they should be together. Their “tough love” for each other overcasts into their everyday life and everyone they come in contact with.

And there are plenty of other parallels: Derek as the erratic but smart Desmond, Eric as the family-driven Michael, Trey as the fabulously ageless Richard, the strong-willed Sayid would be Tevin, determined to reach his destiny at any price possible. Linwood as the manipulative but entertaining Benjamin, John as the singing saint Jacob, Chris as the morally questionable but “good gal” Juliet, Neek as the sexy soldier Ana Lucia, Primero as the OG wisecrack Bernard, and Brittany as the uber-witty Rose.

But there’s no Jack in my circle, simply because there’s a little bit of Jack in everyone. We’re all natural born leaders, but just down different paths. Looks like Jack’s tagline “live together, die alone” might actually be true in real life as well.