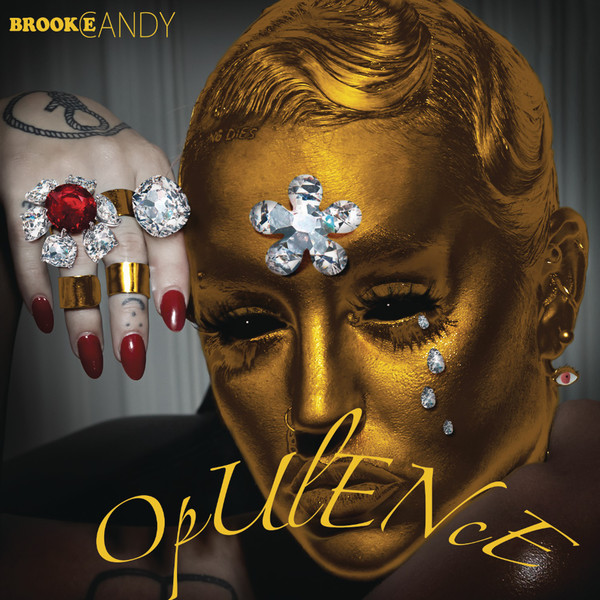 Brooke Candy has been revered in the fashion industry for years, but her rapping didn’t impress me until the release of her Diplo-produced EP this year. Named ‘Opulence’ after the iconic ‘Paris Is Burning’ film quote, Candy delivers a solid release that can easily hold its own against other mainstream rap albums such as ‘The New Classic’ or ‘The Pink Print’. There’s plenty of risqué bars (“I fucked yo girl, can’t rape the willing”), catchy Sia-penned hooks (“Pop Rock”), and one of the best beats in 2014 (title track “Opulence”). The viral sensation-turned-rapper signed with RCA Records earlier this year and released her first video for “Opulence” shortly thereafter. Judging by the high fashion elements and level of artistic creativity from this video alone, it’s clear that Candy has finally been given a budget for success. 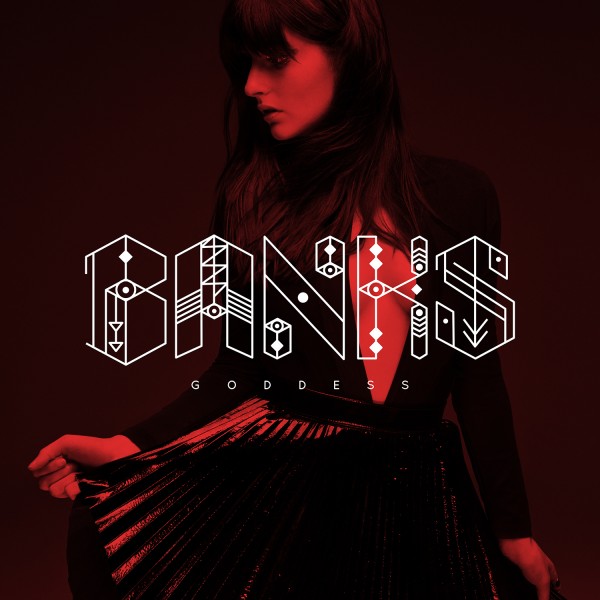 I always refer to Banks as the “female version of the Weeknd” and ‘Goddess’ keeps that comparison quite intact. In fact, her debut album is so impressive that it goes above and beyond any of his releases to date. Banks is quite the R&B starlet, clearly evidenced on her 2013 EPs ‘Fall Over’ and ‘London’. Her studio debut features some new songs, but mostly remasters of her classics “Warm Water” and “Waiting Game”. It wasn’t until I heard “Brain” that I realized just how much of an impact Banks has on R&B. Banks respectably placed third on the ‘Sound Of 2014’, just barely edged out by Sam Smith (1st) and Ella Eyre (2nd). Her quaint, downtempo vocal range should be enough to keep her sound around for years to come, but I think her true moneymaker over the next few years will lie within songwriting. 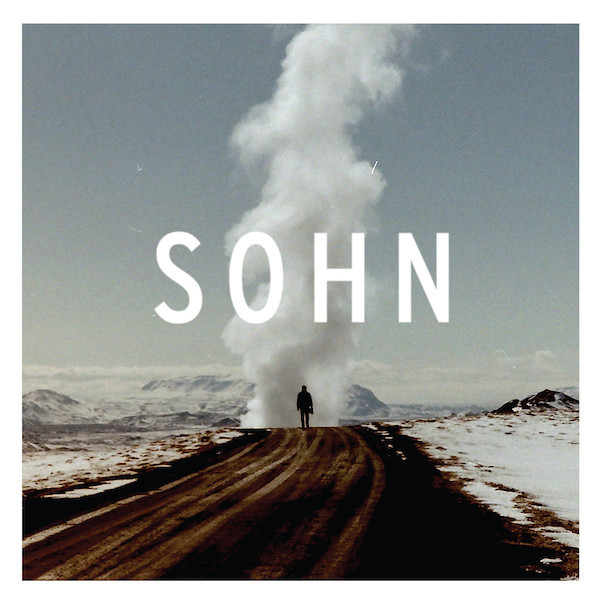 British singer-songwriter SOHN has stepped out into the spotlight after producing for Banks and Lana Del Rey over the last year. His debut ‘Tremors’ made waves from his previously released singles “Bloodflows” and “Lessons”, but it’s what “Artifice” did that made the album rank so high. Unlike most EDM singles released this year, “Artifice” stands on its own because its equal parts soulful and electronic – a mix that’s hard to pull off unless you’re Sam Smith’s “Money On My Mind”. Most of the songs on ‘Tremors’ follows suit, allowing SOHN to pave a clear path for his own sound that cleverly mixes two of the best genres around. Given such a unique sound for 2014 music today, I’m sure that ‘Tremors’ will open many doors for the Londoner throughout 2015. 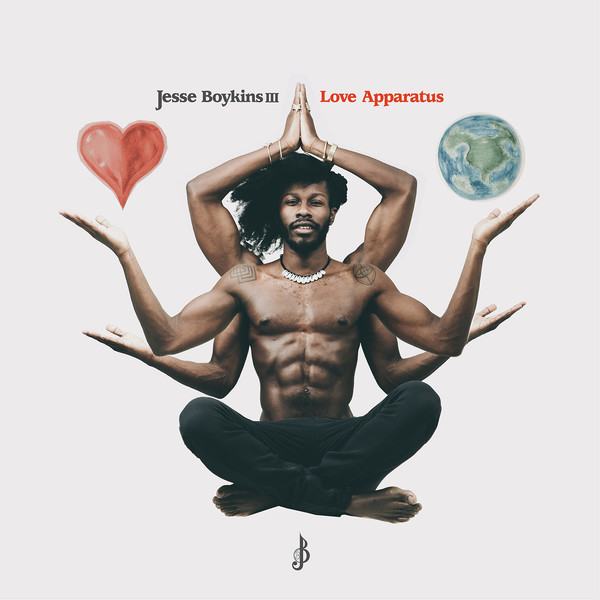 Three words come to mind whenever I listen to Jesse Boykins III’s critically acclaimed album ‘Love Apparatus’ – authentic black soul. I used to think that “neo-soul” was dead, but then I realized that the term was simply outdated. Jesse’s ‘Apparatus’ embodies everything that we all loved about neo-soul artists like Musiq Soulchild and India.Arie while in their prime, only his comes with a modern-day revamp. The album’s first single “Plain” is beyond stellar as Jesse’s soothing vocals perfectly compliment a timeless arrangement. Machinedrum (Azealia Banks’ “1991”, “Fantasea”) serves as the album’s executive producer and helps perfect Jesse’s signature soul throughout. Album standout “Show Me Who You Are” was given the official single treatment in late 2014 due to fan demand, and it’s video is a stellar introduction to what’s yet to come from the promising male vocalist. 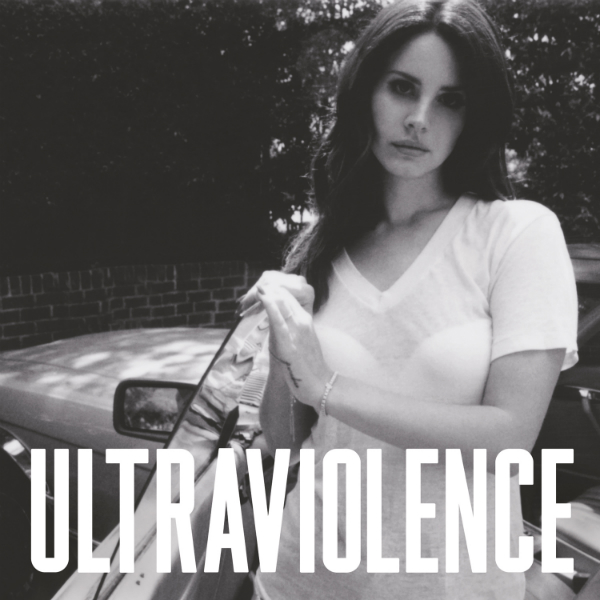 Part of me wants to say that the all-inclusive #sophomoreslump plagued Lana’s ‘Ultraviolence’, but the other part of me believes that her artistry isn’t for everyone to understand. Either way, ‘Ultraviolence’ is a solid album from the bluesy, Grammy-nominated singer despite not having a lasting chart impact. Singles “West Coast” and “Shades of Cool” were exciting because they helped reintroduce the world to Lana after an unnecessarily lengthy break. Sadly, follow-ups “Brooklyn Baby” and the title track failed to have the same impact, but it’s these two songs that should sell listeners on Lana’s second effort. Critics loved ‘Ultraviolence’ and despite her album sales not matching the notoriety of the album, at least Lana remained true to her fanbase and delivered a consistent body of work without any features. 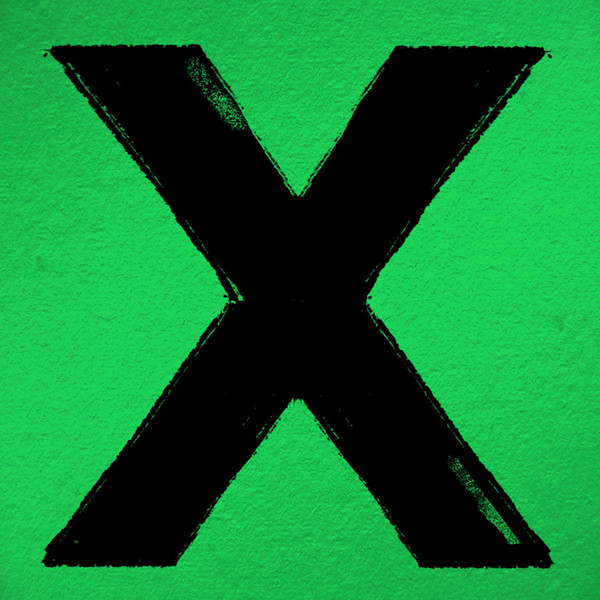 Ed continues his streak of songwriting greatness on his second album ‘x’ (pronounced “multiply”). As one of my favorite male vocalists, Ed’s soft-spoken lyrics comes across so powerfully that it’s hard not to like anything he does. The oddly motivational themes that brought him to greatness are present on songs like “I’m A Mess” and “Tenerife Sea”. Even the mainstreamy singles “Sing” (Pharrell Williams) and “Don’t” (Benny Blanco) give slight nods to his earlier works. I personally like the songs that Ed writes alone – “The Man” and ‘The Hobbit: The Desolation Of Smaug’ theme song “I See Fire” are both highlights on ‘x. Although he usually doesn’t write with big-name producers, the inclusion of the aforementioned plus powerhouse Rick Rubin makes for a great pop/rock effort for Sheeran. 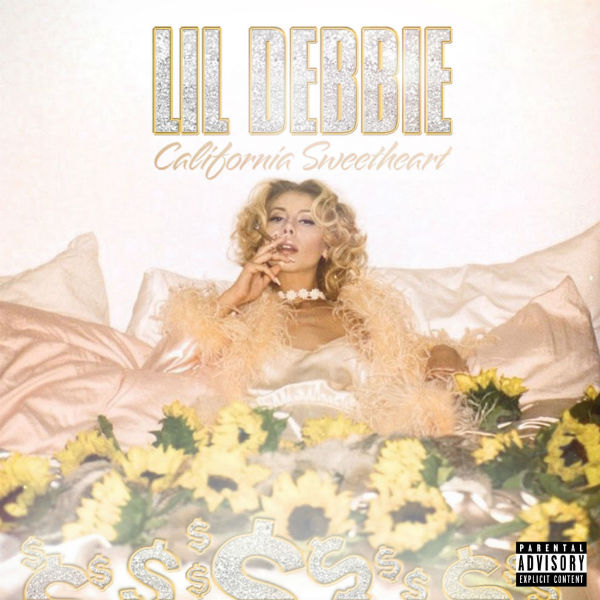 People are always mentioning other female rappers as the best, but Bay Area rapper Lil’ Debbie is most likely better than any female rapper in the conversation. Debbie managed to push out three stellar projects in 2014 – two of which make up her ranking on this year’s list. The two-part ‘California Sweetheart’ series featured the femcee rapping over top-quality productions discussing living high and fabulous on the West Coast. For the hardcore lyrical fans, there’s gems like “Parody” and “Dab”. But if you’re like me and in the mood for partying, there’s “Slot Machine” and “Buss It”. She’s also went on tour three times this year, which is commendable alongside her already lengthy catalog. At this rate, the world could receive a proper full-length album from the talented femcee hopefully this time next year. 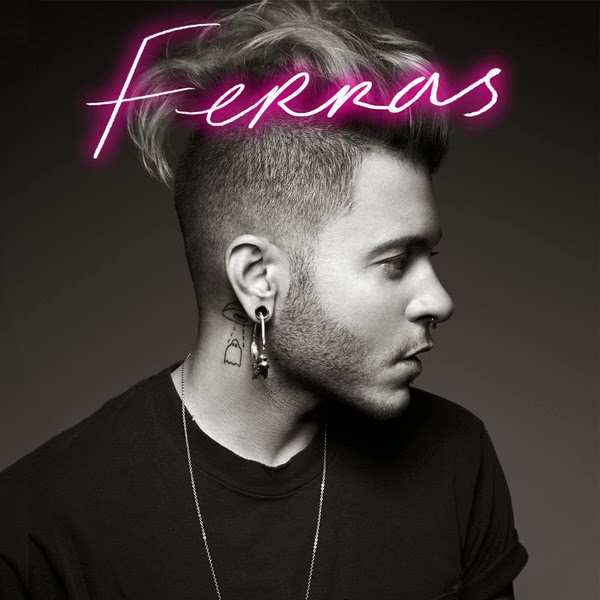 An introductory EP is risky for anyone, but (fairly) newcomer Ferras’ self-titled release is a strong standout among the year’s releases. Standing at only five songs written by Ferras and “Dark Horse” collaborator Sarah Hudson, each is brilliant in its own right. Lead single “Speak In Tongues” is a proper Ferras to the world – a simple, piano-driven arrangements with a radio-friendly melody. “No Good In Goodnight” reminds me of a late-night club song – the pulsing drums and midtempo nature plays right with the song’s theme of “good” versus “goodnight”. “Champagne” is fun and flirty as a melody that will stick in your head, but the drug reference (“so baby come and use me up, like cocaine”) seems a bit risqué for the first artist on Katy Perry’s Metamorphosis imprint. Ferras’ label queen duets on “Legends Never Die”, which is one of my favorite verses by the #queenofpop to date. The solo standout here, however, would be “King Of Sabotage”, a stadium ballad about a scorned relationship. It’s a smart, clever debut from an artist that I’d love to hear more from soon. 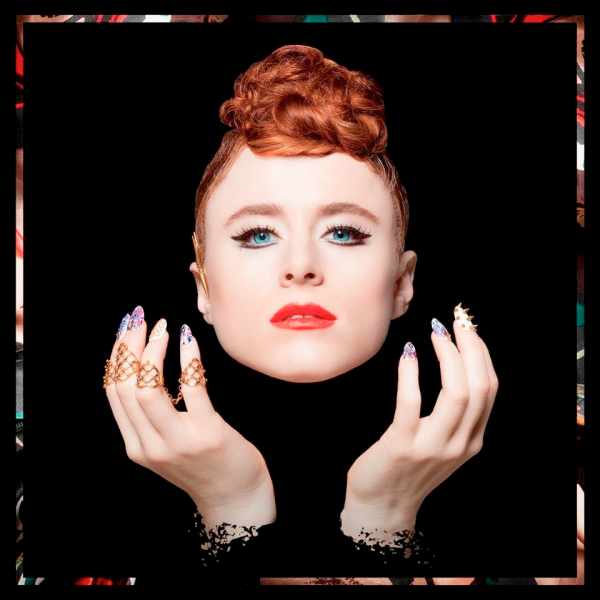 The debut album from Canadian EDM songstress Kiesza intrigued me from just the first few seconds of her first single “Hideaway”. As she coos over the uptempo dance number, Kiesza’s uniqueness stands out amongst pop stars today. Then I heard her breathtaking cover of Donny Haddaway’s “What Is Love” and I knew she wasn’t going anywhere anytime soon. “Hideaway” went on to reach #1 in nearly every country but the United States, while the faster redux of “What Is Love” scorched international dance charts. The overall ‘Sound Of A Woman’ vibe reads as powerful, unafraid, and defiant. Second single “No Enemiesz” could easily become the little sister to “Hideaway” thanks to production from her longtime collaborator Rami Afuni. The album’s best offering is “So Deep”, a sultry slow jam that’ll easily remind you of Aaliyah’s classic ‘One In A Million’ album. The sound that Kiesza and Afuni have created is distinctly great and she should hold onto its uniqueness as long as possible. 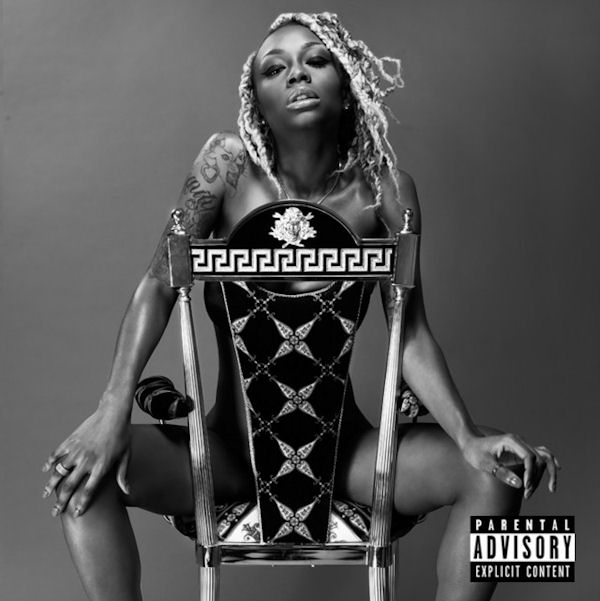 Brooklyn femcee Junglepussy’s first full-length release is purely stellar because of the lyrics that fuel each song. The aptly-titled ‘Satisfaction Guaranteed’ is an eleven-song affair that reels listeners in to the NSFW greatness that is known as Junglepussy. Each bar that JP spits will stick with you longer than you could imagine. The best lyric from ‘Guaranteed’ is her motivational ode to #cleaneating on “Nah” (“I seen you eating Mickey D’s knew you ain’t love yourself / I’m up in Trader Joe’s, shopping cart full of health”). Album opener “Want Some Mo” featuring fellow indie rapper Hotel Mel is possibly the strongest opening song I’ve heard on any album this year. Then, there’s spotlights such as the reggae-tinged “Mi Nuh Care” and the midtempo pseudo-ballad “Me”, both motivational in their own rights despite lots of sexual lyrics (“swinging my titties from tree to tree”). In fact, the only thing that placed Junglepussy right outside of the top 10 is that her music has never officially been released. The fact that ‘Satisfaction Guaranteed’ – the best lyrical showing of the year – was presented as a mixtape/free album is troubling. Once she gets the proper platform to distribute her music to the masses, Junglepussy will become a true force to be reckoned with.