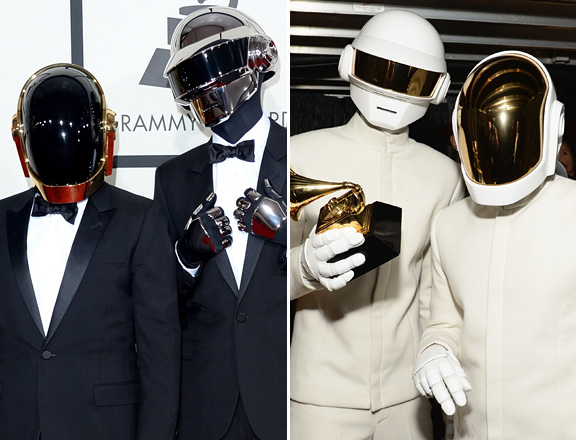 The ‘Big Four’ Grammy categories are undoubtedly the most important of all. It’s impact stretches internationally and comes with a legacy of great music that will never be forgotten. With that being said, one has to ask tough questions like “is ‘Fancy’ truly iconic?” or “what is Meghan Trainor’s estimated career longevity?” There’s also not much diversity in the ‘Big Four’, which will surely cause controversy if at least one doesn’t go home with the gold. The Foundation calls refers to receiving a Grammy as a “peer honor” given to artists for artistic or technical achievement, not sales or chart positions. Given a broad definition of what means excellence to the Foundation, these awards below are always up for grabs (2014 list).

Who Should Win: Sia – “Chandelier”

Who Will Win: Sam Smith – “Stay With Me (Darkchild Version)”

If you were to think about a song that encapsulates the past year, that’s what the Record Of The Year (ROTY) category is for. All of the year’s best moments are dwindled down to five extremely popular songs. The 2015 ROTY nominees marks a first in a few years, as all five songs have been certified multi-platinum by the official announcement in late-December. Iggy’s “Fancy” may lead in sales, but a pop rap song has never won in this category. New artists don’t usually win unless the song is deemed as groundbreaking in multiple arenas (“Stay With Me” dominated over fourteen formats including rhythmic/urban, adult contemporary, and traditional R&B charts). As a veteran artist with no Grammy wins to date, “Chandelier” just may be able to top Sam – no pun intended – given her epic streak of recent live performances.

Who Will Win: Sam Smith – ‘In The Lonely Hour’

Ever since the nominations were announced, I stood strongly by the fact that Beyoncé, Pharrell, and Beck should’ve been replaced by Katy Perry (‘Prism’), the ‘Frozen’ soundtrack, and St. Vincent’s self-titled respectively. But when Katy put on an iconic show at the Super Bowl last week, I’m okay with her not getting an AOTY nomination. That leaves Bey up against Sam and Ed – two of the strongest, battle-tested British male voices of our generation. The stakes are odds are stacked incredibly high against Bey, however, as an R&B album hasn’t won AOTY since Whitney Houston’s ‘The Bodyguard’ soundtrack in 1994 (1999 winner ‘The Miseducation of Lauryn Hill’ was categorized as hip-hop at the time). Then there’s the fact that both Sam and Ed had Hot 100 #1s, while every single from Bey’s self-titled other than “Drunk In Love” fizzled. Leaving only Sam and Ed after this slight failure, Ed gets a slight edge because he writes, produces, and plays instruments for all of his songs.

Who Should Win: Hozier – “Take Me To Church”

Who Will Win: Taylor Swift – “Shake It Off”

Songwriting ethics is very important to me, so I was pleasantly surprised at the small number of songwriters listed. Thankfully, songs like “Fancy” or “Drunk In Love” – which each have over eight songwriters each – were not nominated, leaving this category open to some of the most talented songwriters today. Of the five songs on the 2015 SOTY list, Hozier’s appears to be the most artistic on paper. The actual message behind “Church” is powerful and more than deserving of a songwriter’s award here than any of the others. Trainor’s “Bass” did wonders for confidence, but didn’t strike me as award-worthy. Both Sia and Sam, however, are a close second to “Church”. Sia’s “Chandelier” is undeniably quirky with its writing, garnering her more stateside attention than she could handle. Sam’s “Stay” was more powerful in a vocal sense, while the songwriting slightly fell flat in my opinion. But I’m already expecting Taylor to win here simply because of the song’s chart impact.

Who Should Win: HAIM

Who Will Win: Sam Smith

Out of every category, Best New Artist is always the most unpredictable. Dubbed as awarding the first recording that establishes the public identity of an artist, everyone from Lauryn Hill and John Legend to Esperanza Spalding and fun. have won this award. Iggy and Bastille are both out of contention because they only had one song that propelled them to the limelight. Brandy Clark could be a dark horse, given her coming out publicly and shocking the country world. Leaving only Sam and HAIM, this is where things get difficult. Sam’s rise to fame over the last year has been precisely what this award calls for – his debut song “Latch” eventually established him as the best male vocalist on airwaves today. HAIM didn’t strike as much a “public identification” as Sam, but they worked the hell out of the indie circuit which is good enough for me. Jay Z’s Roc Nation girl group are so impressive, that they deserve this win way more than Sam.