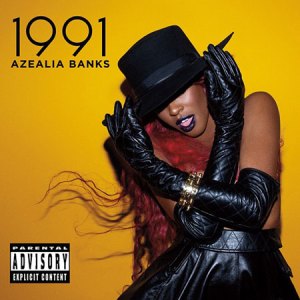 The reigning #queenofrap just won’t stop. Days after announcing an upcoming M.I.A. collaboration and a new solo song release (see “Jumanji”), we now have official release dates for both an EP and a mixtape.

Confirmed release dates for both releases and the fact that the ‘1991’ EP will be getting a physical release says a whole lot about Azealia’s PR team – they’re on it. Other female rappers like Iggy Azalea, Honey Cocaine, Lady, and Guyana can’t even secure legitimate record deals, nor do they have any music on Itunes, but they still hate on Miss B-A-N-K-S. If the ‘1991’ EP cover’s fierceness isn’t enough, there’s still a full-length album in September. Check out the official news below: