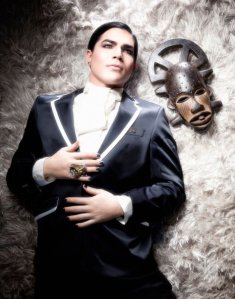 You may not know it yet, but Adam Lambert made LGBT history with the recent release of his sophomore effort ‘Tresspassing’, becoming the first openly gay man to top (no pun intended) the prestigious Billboard Hot 200 charts. The long awaited second release from Lambert suffered more setbacks than a Lindsay Lohan filming, but subsequently has gone on to sell over 119,000 copies in the States. Fighting with his label over lyric choices and sequence of radio singles amongst other issues, the Bruno Mars written “Never Close Our Eyes” and collaborations with hip hop producer Pharrell has propelled Adam into a new life beyond his American Idol past. Although an artist with such a platform shouldn’t have to fight for his own artistry as hard as he did, but it’s done and the critics have been silenced (for now). But why should it matter?

Someone was bored the week of May that ‘Tresspassing’ came out, because rumors of Adam reaching the #1 spot slowly buzzed through social media outlets. Adam’s hard work as a rejuvenated songwriter (12 out of 15 on his latest) paired with his determination to defeat his label’s ostracizing has hyped the album’s release for over a year now. The songs came out decent, slightly better than on his first (‘For Your Entertainment’) despite a Pink-assisted Top 10 single (“Whataya Want From Me”). I’ve loved Adam since his American Idol days, and even though he didn’t officially come out until shortly after being crowned the 8th season #runnerup,  it was pretty evident. But again, why should it matter? 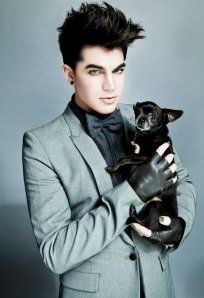 In usual tradition, the media seeks to flesh out as much press from a budding artist as possible. Each controversial story leads to another day of massive blog hits, major outlet press coverage, and national publicity. Every incident (see his AMA performance) is exaggerated to the tenth power and then squared to reach a ridiculous outcome. Adam’s public sexuality has sought to be an inspiration – not only to other artists but fans and teenagers alike – and instead it’s prodded at as if he were abnormal. History or not, music should always speak for itself and praising Adam’s accomplishment only shows decline in accepting gay artists into the mainstream.