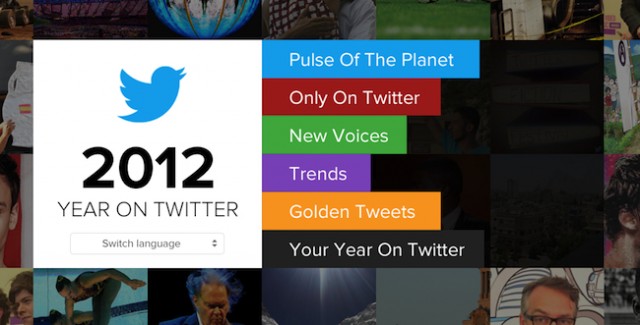 Celebrities are undoubtedly the reason why most people follow others on Twitter. Not only does it give fans an unlayered glimpse at their lives, it also opens communication between the two – something previously done only by mail or attending artist concerts. It’s no surprise that Twitter plays an integral part in social media, hence the large amount of followers by some of today’s biggest artists. Here are the top five people on Twitter, along with the number of followers they’ve garnered to date:

Here are five other interesting tidbits about Twitter, sorted by most prolific:

4. The death of pop/R&B icon Whitney Houston produced over 10 million tweets, with 73,662 tweets per minute as the news spread throughout the world.

3. Barack Obama’s ‘#fourmoreyears’ tweet was the most popular single tweet of the year, garnering over 810,000 retweets and 300,000 favorites.

2. 2Pac, who, for the record, has been dead for more than 16 years, was mentioned more times than Jay-Z and Beyonce’s newest addition Blue Ivy.

1. The term #YOLO (You Only Live Once) produced over 49 million mentions this year (and counting).

Head over to 2012 In Twitter to view the full, all-inclusive list of the social network’s best and worst of the year.