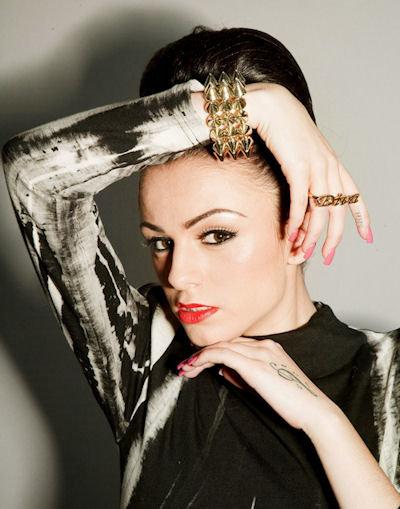 If there’s any artist who could ever be classified as ‘hip pop’ – or the genre that skirts between pop and hip-hop – it’s Cher Lloyd. The UK sensation known for her Hot 100 smash “Want U Back” took time out of her busy schedule to tribute the reigning Queen of Pop Katy Perry. Lloyd chose her favorite song from the #teenagedreamera and covered it at Perry’s Billboard ‘Woman of the Year’ crowning ceremony. Unlike its predecessor, Cher takes the acoustic route with her choice of “E.T.” and I’m really glad she did. Under the #lightdusting, many tattoos, and laugh-out-loud raps there’s an entertainer destined for US stardom. In the clip, Lloyd is introduced by Billboard as a “singer, rapper, and songwriter”, fitting all three hats simultaneously with ease. Cher takes Katy’s classic #1 single and turns it into a smooth downtempo number, all while staying true to her own artistry. Now, if only Billboard would release an MP3 version of this – life would be complete. Watch Cher’s live cover of “E.T.” below.