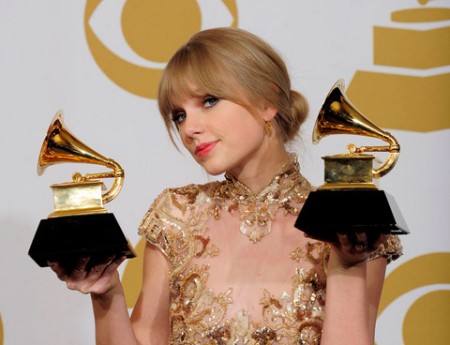 As the first Grammy post in a series of eight, TUA makes its predictions for the 2013 ceremony. This year brought about many undeserving artists (read: Trey Songz) but also a bunch of well-heralded new artists. I chose to start with the most difficult genre (country) and will work my way up based on how easy the genre is to predict. 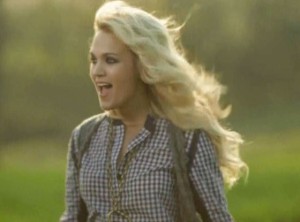 Who Should Win: Hunter Hayes’s “Wanted”
Hunter’s debut has blown the country scene away, especially given his young approach to a somewhat sleepy genre. I’m in love with his voice on “Wanted”, and hope he gets at least one award from his self-written, self-titled debut.

Who Will Win: Carrie Underwood’s “Blown Away
There’s not a person in the world that can deny Carrie’s vocals on “Blown Away”, simply because the song will leave you just as the title implies. Everything from the arrangement to the stellar songwriting (“there’s not enough rain in Oklahoma to wash the sins out of that house”) screams award.

Eli Young Band – “Even If It Breaks Your Heart”
Little Big Town – “Pontoon”
Taylor Swift and The Civil Wars – “Safe & Sound”
The Time Jumpers – “On The Outskirts Of Town”
Don Williams (feat. Alison Krauss) – “I Just Come Here For The Music”

Who Will Win: Little Big Town’s “Pontoon”
Standing as the group’s first #1 on the Billboard Country Charts, “Pontoon” is a funky number with great storytelling. As always, female vocalists sound better telling country stories than males. While the group has yet to win any Grammys, they’ve been nominated four times.

Who Should Win: Carrie Underwood’s “Blown Away”
As stated earlier, the lyrics to “Blown Away” are remarkable. All country songs have a penchant for their unique approach to writing and arranging, but the two guys behind Carrie’s #1 single should be awarded.

Who Will Win: Eric Church’s “Springsteen”
With this being my first time hearing “Springsteen”, I must say that the songwriting is superb. Serving as Eric Church’s first platinum album (of three to date), the song’s subject matter is well-deserving of a Grammy (if Carrie doesn’t win). 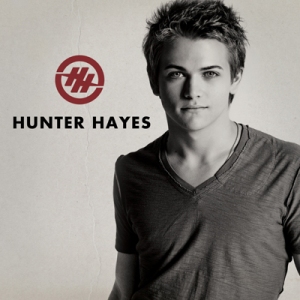 Who Should Win: Hunter Hayes’s ‘Hunter Hayes’
‘Wanted’, the debut album from new country artist Hunter Hayes, is the only album nominated that I not only listened to from start-to-finish, but it’s also the only one I purchased. After hearing his dreamy, lush vocals over country/soul inspired tracks, I’m now a huge fan.

Who Will Win: Miranda Lambert’s ‘For The Record’
Miranda Lambert has consistently released quality albums for the genre since her break onto the scene in 2001. It’s no surprise that her fifth album is deserving of the elite ‘Best Country Album’ category.