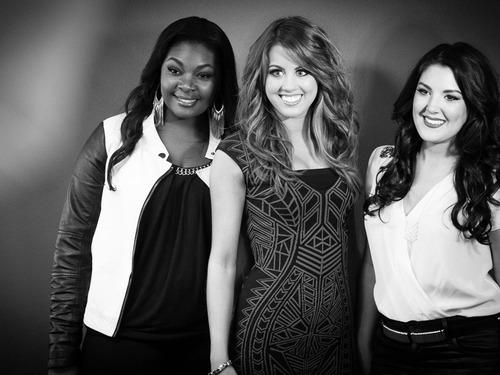 ‘This week is the biggest week of ‘American Idol’ season 12. Not only are they treated to the epic #hometownvisit, but they are also tasked with three songs – Jimmy Iovine’s choice, the Judges choice, and the Idol Producers’ choice. Each of the girls are styled up for the occasion, but only two will make the final showdown for the biggest crown in reality television history.

ROUND ONE – JIMMY IOVINE’S CHOICE
Angie Miller – Elton John’s “Sorry Seems To Be The Hardest Word”
Grade: A-

Angie is definitely faced with the biggest challenge via Jimmy Iovine, and she handles it effortlessly. The dramatics are on 25 as the smoke creeps up to Angie knees as she belts Elton’s classic. She stays at the microphone for most of the song, but delivers the most powerful vocal of the first round. If there’s one girl who’s #inittowinit, it’s definitely Angie.


Quote: “What I loved is that you sang the verse way more interesting than I’ve heard you sang anything before.” (Randy Jackson) 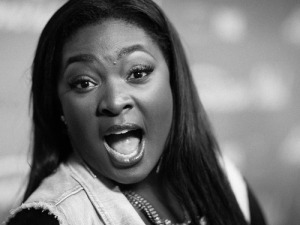 Candice takes on my favorite U2 song of all time, and sings it just like the Mary J. Blige-assisted remix. The song starts off powerful and causes her to stumble with her vocals slightly during the breathy chorus. As usual, Candice recovers quickly and adds a strong high note to end a somewhat complicated vocal.


Quote: “I’m still grappling with the fact that you work as a travel agent, because something other than singing just isn’t what I picture you doing.” (Mariah Carey) 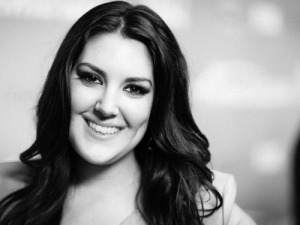 Kree starts off the show with a careful Pink choice, and immediately turns it into a somber country number. Her vocals start of nasally and bland, but she seems to really feel the songwriting. The vocals get even worse as she begins engaging with the crowd during the chorus, forcing her to rely on misplaced high notes for a #roundonewin.


Quote: “That song choice just proved only one thing for me – that you’re a country girl.” (Keith Urban)

ROUND TWO – JUDGES CHOICE
Candice Glover  – Emeli Sande’s  “Next To Me”
Grade: A+

Candice’s #hometownvisit found her riding a motorcycle down her daily road to work. When she goes to see her six siblings, Candice gets very emotional and even takes her family for a ride in the limo to her hometown concert, gracefully singing Alicia Keys’ “Girl On Fire”. Singing Emeli Sande’s international crossover hit “Next To Me”, Candice keeps the emotions going. The background singers give the song a great old-school vibe that allows Candice to really deliver her best vocal to date.


Quote: “When we watch that video, we all got lifted with you.” (Randy Jackson)

Angie’s #hometownvisit starts with an interview with FOX News, serving as a meteorologist and co-news anchor. Since she hasn’t been home since the tragedy, Angie’s visit is really uplifting. Angie visits her elementary school and is surprised with just how many kids came out to show their support. As part of her hometown concert, she sings her original song and plays with her older brother in front of thousands. Singing Pink’s #epic power ballad “Try”, Angie goes punk rock and gives a very energetic rendition. The result is a powerful vocal that finds her doing her most touching uptempo vocal to date.

Quote: “You have never looked this comfortable doing an uptempo song in your life.” (Nicki Minaj) 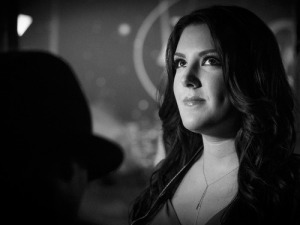 Kree’s #hometownvisit to Jasper County is the most “cultured” of the three visits, mixing all walks of life joined together by a crawfish feast. Since her parents passed away, Kree and her sister Laci visited their childhood home and get very emotional as they reminisce. As part of her visit, she rides a bull before heading to the hometown concert at a packed Ford Park Arena. She chooses to belt out Carrie Underwood’s “See You Again” as a dedication to her parents. Taking on Rascal Flatts’ “Here Comes Goodbye” written by season six finalist Chris Sligh, Kree is definitely in her comfort zone. Her vocals are commanding as she holds down the stage solo, giving another riveting performances to end the #hometownvisit footage.


Quote: “This was one of your best performances to date, because you meant every word.” (Nicki Minaj) 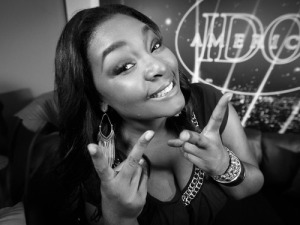 Candice really put on her A-game tonight, singing the classic theme from ‘West Side Story’. As the violinists play in the background, Candice gives you straight up #vocalrealness (a phrase I haven’t used since Melinda Doolittle’s “Nutbush City Limits”). There’s no way that Candice doesn’t deserve to be in the finale, as this vocal was just earth shattering.

For round three, Angie returns to the piano as she gives a rousing performance of Emeli Sande’s “Maybe”. When she’s in front of the piano, she looks straight into the camera to make sure the audience feels the words coming out of her mouth. The vocal is beyond stellar and the songwriting makes it seem like she’s been through a heartbreak before. Either way, she’s in her comfort zone and lays her entire artistry on the table.


Quote: “That’s not an easy song to sing and you stayed in your rich belting register, which really works for you.” (Mariah Carey) 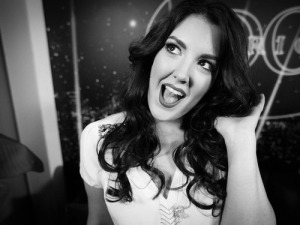 Kree chooses an uptempo country song to garner votes from country singers worldwide. The Band Perry’s “Better Dig Two” fits Kree like a glove and you can just tell that she’s really in her element. While I’m not familiar with the song, it doesn’t take much to get into Kree’s zone. The judges were all nodding their heads in amazement, but somehow I wasn’t as moved vocally as I was with the previous performances of the night.