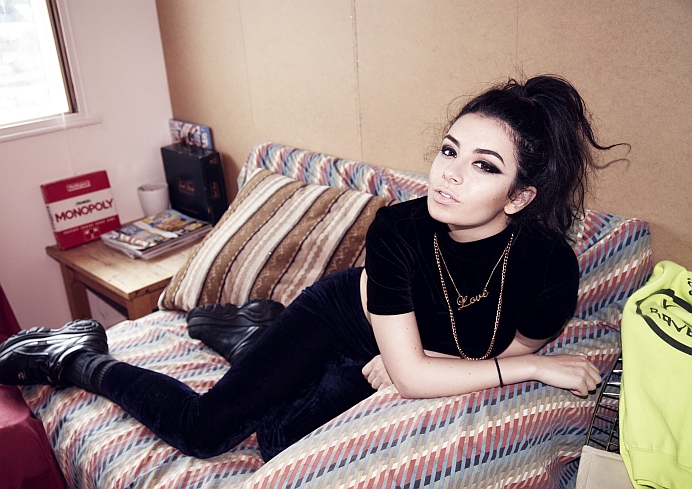 UK singer-rapper Charli XCX has been a staple on my playlists for years. After blasting onto the scene in early 2008 with the promotional release of ‘14’, Charli has made a steady impact on the indie circuits. Nearly five years later, her mainstream debut album ‘True Romance’ was released internationally, charting successfully across the world except for America. While Charli’s synthpop-meets-R&B style isn’t as easily accepted by the mainstreamers, the second stateside single “What I Like” may deter naysayers. The song gives off more hip-hop vibes than any other genre, as Charli’s standard #spokenrap is infused into nearly every song on ‘Romance’. Charli’s video for the single may seem low budget initially, but its done purposefully to place more focus on the lyrics. Most of the shots feature Charli in a lavish hotel simply enjoying life, pizza, and quality time with her besties. Her wild hair and wacky accessories aid in bringing visuals to the true essence of her artistry – fun. It’s clear that Charli definitely has the formula for success, but her dear friends at Atlantic Records don’t have as much faith in her past her Icona Pop-written smash “I Love It” – but I do. Watch and download Charli XCX’s “True Romance” below.