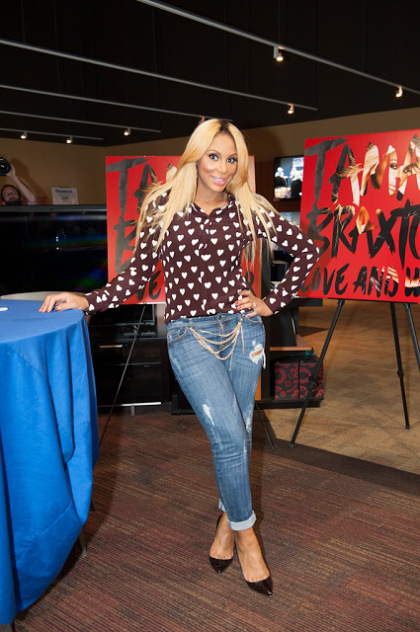 ‘Braxton Family Values’ star Tamar Braxton is trying her absolute hardest to gain relevancy thirteen years after the release of her highly regarded, self-titled debut album. After battling the ins and outs of the music industry for over a decade, Braxton found success within pop culture by spewing ridiculous catch phrases on the WE reality television show. With her husband Vince Herbert managing Lady Gaga, it seemed as if his reach in the industry didn’t go far past mainstream pop music. Although Tamar’s sophomore effort ‘Love and War’ has divided music critics, there are a few notable songs possibly responsible for her recent chart success. The Diplo-produced “One On One Fun” stands as a spotlight on ‘War’ that’s mixed in with a sea of poorly crafted Kelly Rowland-esque ballads. Now, how mediocre Tamar ended up in the studio with the great Diplo is most likely the result of Vince’s bank account. On “Fun”, Tamar rides the EDM-influenced beat singing “one on one fun, I need that one on one fun”. The overly sexual “Fun” would even be a club-ready smash if it weren’t under two minutes long. But the song’s playful nature strikes an odd chord with vocal music listeners, as Tamar finds her beautiful instrument wasted over a great-but-forced #hoodstaple. After “Fun” comes another short (but even more underwhelming) hood track entitled “She Did That”. I’m hoping that Vince will take notes from the camp behind releasing Rihanna’s “Birthday Cake” in full, because “Fun” would be moderately successful if given the full song treatment. Listen and download Tamar Braxton’s “One On One Fun” below.