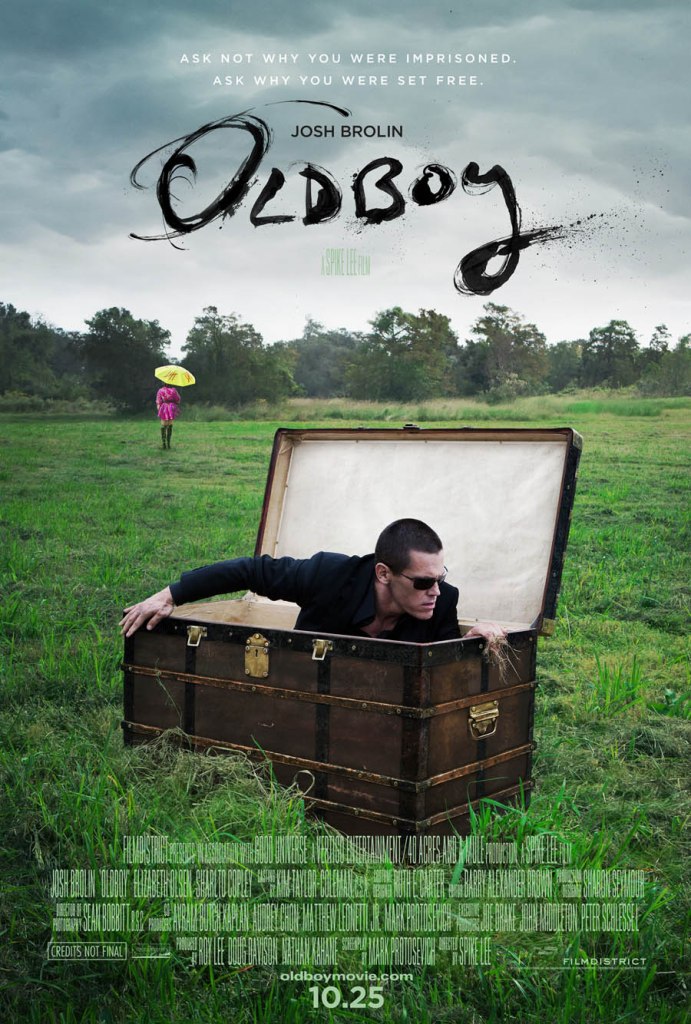 Academy Award-nominee director Spike Lee has made millions with his reinterpretations of lesser-known classics over his thirty years in the film industry, but this winter’s American reboot of the Korean classic ‘Oldboy’ will definitely be one of my favorite films of the year. The powerful, hard-hitting drama centers around a family businessman who is framed for several brutal murders and imprisoned from the outside world for over twenty years. One day, the businessman (named Oh Dae-su) is released and has five days to discover the truth behind his imprisonment or face death. After many fights, deaths, and multiple forms of betrayal from nearly everyone in his past but his daughter, ‘Oldboy’ pinnacles when Dae-su discovers the truth, and in return must cut out his own tongue (symbolizing the “speak no evil” mantra). While the subtitled Korean version won numerous international accolades, Lee is hoping the same trend will carry over with his Americanized interpretation. Josh Brolin (‘American Gangster’, ‘No Country For Old Men’) stars as Joe Doucett, the American equivalent to Oh Dae-su, as he fights for his way back into reality. The film also stars Elizabeth Olsen (younger sister to Mary-Kate and Ashley) as well as Samuel L. Jackson. Lee has said in numerous interviews that the film will stay very true to the original, but with a much more modern interpretation since the original is set in the year 2000. With ‘Oldboy’ standing as one of my favorite films of all-time (a Netflix must-see), I’m hoping that Lee will re-create the magic he did in ‘She Hate Me’ and ‘Miracle At St. Anna’ to give him the accolades he truly deserves. Watch the official trailer for Spike Lee’s ‘Oldboy’ below, which hits theaters on November 27, 2013.