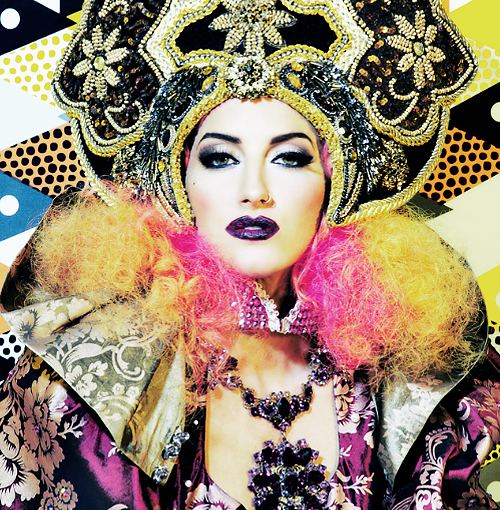 UK starlet Neon Hitch has been fairly quiet since the release of her critically acclaimed EP ‘Happy Neon’. After gaining even more notoriety for covering Waka Flocka’s “No Hands” and Kreayshawn’s “Gucci Gucci”, Neon returns to the scene with her own jazzy rendition of Miley Cyrus’ hit single “We Can’t Stop”. Known for her nasally vocals and extreme LGBT sex appeal, Neon blows this (too short) redux out of the water. It’s so good that she even changes the lyrics to fit more in line with her own unique artistry (“I like to party, dancing with gypsies, trouble always seems to find me”). Set in a jazz bar with a sexy guitarist, Neon belts the slowed down version of the hip-hop staple as if it’s her own, cooing through each verse while serving sex in a New Orleans-inspired ensemble. Neon’s version features a tinge of reggae as well, which shows just how historically creative she’s been with her covers. Although the cover clocks in at a little over two minutes, there’s a lot to take from Neon Hitch’s performance. But the main thing is that she’s still on the scene and will soon be a pop force to be reckoned with. Watch Neon Hitch’s cover of Miley Cyrus’ “We Can’t Stop” below.