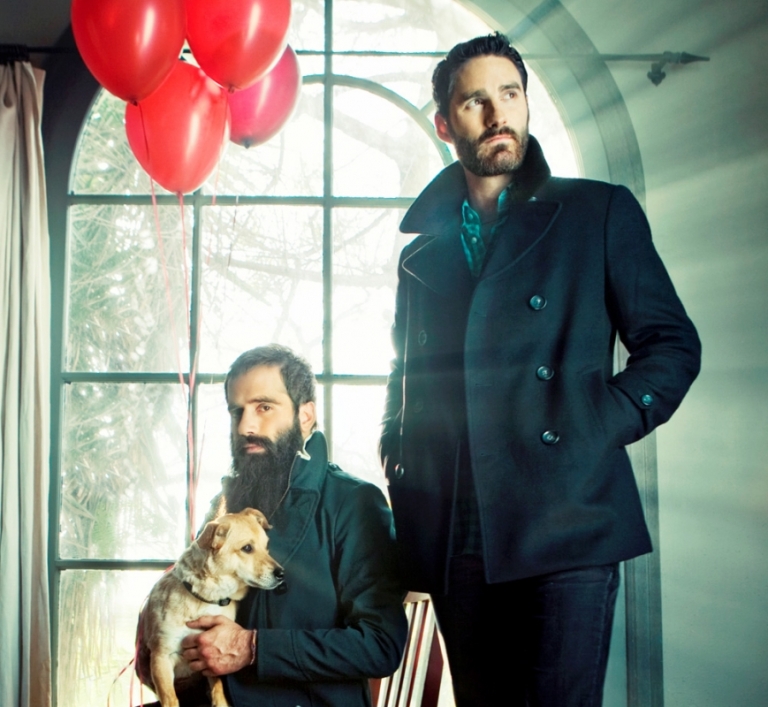 Los Angeles indie pop band Capital Cities met through a Craigslist ad in 2009 and have been cranking out hits ever since. The band hit mainstream success during early 2013 when “Safe And Sound”, the first single from their debut album ‘In A Tidal Wave Of Mystery’, reached the Billboard Hot 100’s top 10. With an album being heavily praised for being both innovative and commercial, there’s bound to be quite a few standouts on their debut. “Farrah Fawcett Hair” features Andre’ 3000 and uncredited contributions from famed NPR broadcaster Frank Tavares and independent powerhouse vocalist Shemika Secrest. “Hair” is a tribute to the actress of the same name, who was known for both her “Farrah Fawcett flips” and role as detective Jill Munroe on the original ‘Charlie’s Angels’ television show. Tavares, possibly the most recognized voice on television today, lists the band’s inspirations which include Daniel Day-Lewis, Nutella, and ‘Back To The Future II’. Secrest comes in as a minor role, but her adlibs behind the chorus “you know it when you see it, you know it when it’s there / like Michael Jackson ‘Thriller’, like Farrah Fawcett hair / it’s good shit” is a major affair. Capital Cities may have become household names for their “Sound” radio staple, but “Farrah Fawcett Hair” is a true representation of their artistry. Listen and download “Farrah Fawcett Hair” below.