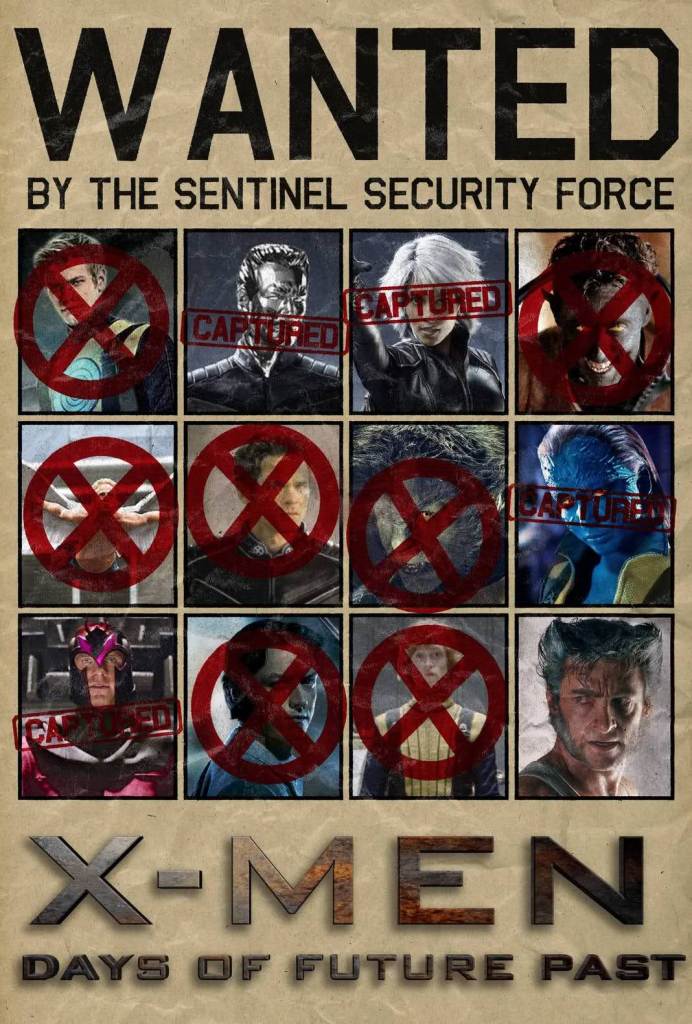 The ‘X-Men’ film franchise is my favorite of all superhero movies. As a fan of the 1990s animated series, the ‘Days of Future Past’ storyline is one that doesn’t disappoint on any front. With the return of acclaimed director Bryan Singer (‘X-Men’, ‘X2: X-Men United”), the ‘Days of Future Past’ motion picture adaptation trailer seeks to retell the famous time-travelling storyline. In the clip, a Dystopian future exists with Professor X, Magneto, and Wolverine on the same team. With anti-mutant animus at an all-time high, X telepathically sends Wolverine back to the events just after ‘X-Men: First Class’ to hopefully reshape the future. After showing brief clips of the X-Men to be featured in ‘Future Past’, the first glimpses of newcomers Bishop (Omar Sy), Sunspot (Adan Canto), Warpath (Booboo Stewart), and Blink (Bingbing Fan) are revealed. When Wolverine arrives in the past, there’s all sorts of chaos going on – Magneto vs. Mystique, an anxiously worried President Nixon, and the introduction of Trask Industries to the US government. There are no Sentinels revealed in the first official trailer, but Singer has also released a fake Trask Industries website (http://www.trask-industries.com) to give insight into what the X-Men’s toughest enemies will look like on-screen.

One thought on “[VIDEO] X-Men: Days of Future Past x First Official Trailer”