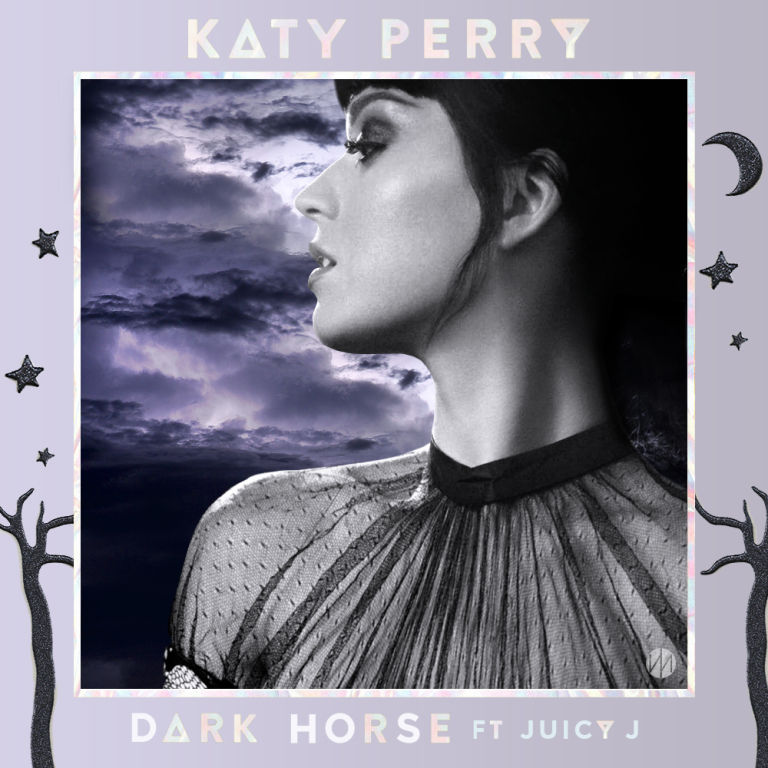 I knew this day was coming – the reigning #queenofpop has officially announced that “Dark Horse” will be the third single from ‘Prism’ – but is it too late? Katy’s ‘Prism’ album underwent a six week promo trail with Pepsi to choose promo singles to release before the album. Between “Horse” and 80s dance tribute “Walking On Air”, the Juicy J-assisted hip-hop song was unanimously chosen by a 69% fan vote. Since its release on September 17, the third single from ‘Prism’ has made notable positioning on the Billboard Hot 100 and has even outperformed both second single “Unconditionally” and John Mayer’s “Who You Love”. There is an aura of undeniable greatness from Katy’s “Dark Horse” – the haunting lyrics paired with the infectious beat is possibly the heaviest hitting single she’s released since “I Kissed A Girl”. The trap-esque production is already a pleasant surprise, but Katy’s lyrics and melody are crafted to perfection. It’s certain that “Dark Horse” will perform much better than most of the songs on ‘Prism’, but how will it fare up with her competitors? Here, Katy’s latest comes in the form of an ‘Ace of Spades’ because it has the one thing that Gaga, Britney, Beyonce’, and Miley are unable to get, consistent cross-format plays. The release of “Dark Horse” comes with a rapless version, which will be just enough to earn the song plays on adult contemporary and R&B charts. All the other artists mentioned are unable to earn cross-format plays on a level such as Perry’s, and I like to think of this as her true ‘one up’ over other females in the industry (source).