The second season of VH1’s ‘Hollywood Exes’ delved into deep social rights when the issue of animal cruelty hit their doorsteps. Mayte Garcia (Prince’s ex-wife) has made it clear to all of the other exes that she is anti-fur. Nicole Murphy (Eddie Murphy’s ex-wife) didn’t care about Mayte and wore fur to her birthday party instead. When Mayte discovers that Nicole went against her wishes, she literally cooks the fur (butter, olive oil, and all) and leaves it outside in the snow. Although extreme, I’d guarantee that Nicole wouldn’t wear any animals around Mayte ever again.
Watch the full ‘Hollywood Exes’ clip here.

The eighth season of ‘American Dad’ has consistently earned high ratings during its Sunday night primetime slot. This season’s twelfth episode featured Steve Smith in gym class with his three friends. As Toshi climbs up a rope, his friends notice that his new “adult” butt has finally grown in, leading them to twerk as their way of showing off their “assets”. The “twerk” video, which came out months before Miley’s VMA incident, quickly went viral and has made season eight the most popular of all ‘American Dad’ seasons to date.

8. Once Upon A Time – Regina and Mary Margaret Fight

‘Once Upon A Time’ journeyed to Neverland during the show’s third season and just about every episode was packed with action scenes like these. After killing a mermaid against her passengers’ wishes, Regina and Mary Margaret argue over the notion of good versus evil. While Regina is widely known for being the Evil Queen, Mary Margaret’s nice streak reached it’s breaking point after witnessing the Queen’s evil intentions on Hook’s ship. The scene pinnacles with squeaky clean Mary Margaret calling Regina a “bitch” and punching her in the face. With this being the show’s first episode in season three, Regina and Mary Margaret’s #conflictofinterests carried on into the mid-season finale in early December.

Iyanla Vanzant’s been on a roll since debuting her ‘Fix My Life’ show on OWN last year. The self-help/healing show has featured a host of celebrities including Maia Campbell, Evelyn Lozada, and DMX. But the most surprising pairing came from a group of legendary gospel singers known as the Pace Sisters. With the world of gospel musicians, it often appears that they live a perfect life on the outside but hold dark secrets on the inside. Iyanla’s methods of healing revealed a lot about the five Pace Sisters, including DeJuaii’s homosexuality and June’s spotty spirituality. For me, the deep issues presented here are rooted within most aspects of the gospel community and Iyanla ability to ‘fix’ them proves the show’s haunting tagline – “life happens to everyone”. 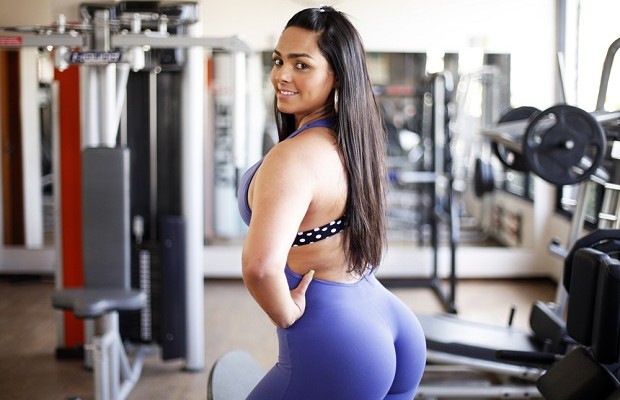 Vice Magazine’s ‘The Biggest Ass In Brazil’ documentary was originally shot in mid-2012, but its features on CNN and VH1 has made the Watermelon Woman a household name. The documentary finds the Watermelon Woman being followed throughout Brazil as she explores her ass-ets. She also shows her going to her beautician, who gives the pros and cons of various “butt fattening” techniques while asserting her physique is 100% natural. The star, who also goes by Annessa, initially started off as a viral video which eventually led to worldwide exposure.

5. The Face – Check Your Lipstick Color

Nigel Barker’s ‘The Face’ wasn’t met with the same love as his former gig on ‘America’s Next Top Model’. The inclusion of supermodel Naomi Campbell helped the show tremendously, especially because she’s the ideal mentor for girls trying to make it big in the industry. On the show’s first season, Naomi’s team won the challenge but competing judge Coco Rocha felt as if her model Zi-Lin lied during the weekly critique. The act of slander infuriated Naomi, leading her to come for Coco in the worst way possible. 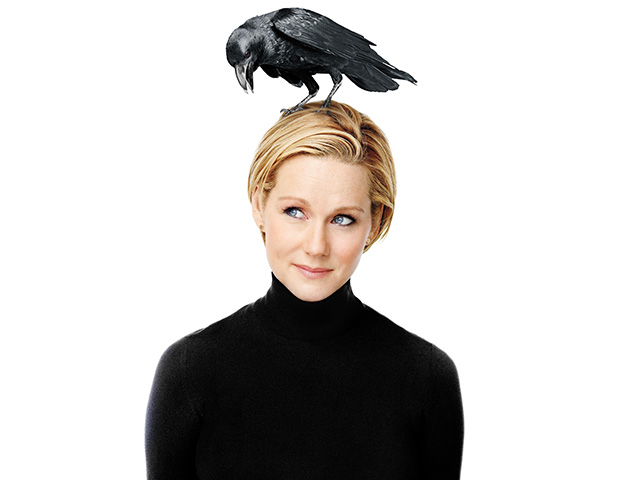 Laura Linney’s Golden Globe-winning role on ‘The Big C’ came to its conclusion this year with the inevitable – the death of the show’s main character. Cathy Jamison is the matriarch of a dysfunctional family that deal with her cancer battle in different ways. After four seasons, Cathy’s battle came to an end. ‘The Big C’ was shortened to four episodes for its last season but delivered a strong acting front for both Linney and Gabourey Sidibe (Andrea). Linney has already won the Golden Globe for her role on ‘The Big C’ twice, so her snub at this year’s ceremony isn’t all that much of a loss. But unlike most shows, ‘The Big C’ has a clear endpoint and the show’s writers did a great job of portraying it.

A lot of people think that the CBS show ‘Big Brother’ is staged like many other Bravo, VH1, or MTV reality shows, but the one thing that sets ‘Big Brother’ apart from the others is the fact that the cameras are running 24 hours a day, seven says a week. The show’s live feed, which is available for streaming online and through on-demand cable stations, became an easy way to glimpse into the real lives of the contestants from the 15th season. Amanda’s comments about Blacks, Asians, gays, and lesbians made international news subjects, leaving the show to resort to numerous disclaimers to remove themselves from responsibility for her behavior. Her actions were disturbing but very real, and showcased in its rawest form. As a fan of the show, I was shocked to hear her and fellow contestant Aaryn’s comments about the houseguests.

I’m a huge fan of actress Stevie Ryan and VH1 giving her a show (‘Stevie TV’) is the best thing that’s ever happened to the fledgling channel. Ryan’s show features comedy skits from trends within pop culture. She’s left no personality behind, tackling everyone from Lady Gaga and Katy Perry to the Kardashians and Iyanla Vanzant. On her “Long Island Expressway Medium” skit, Ryan dresses up as Theresa and reenacts the A&E show from a tollbooth perspective. Ryan’s beyond hilarious skit shows just what happens during NYC rush hour when a crazed (and unionized) medium is in control.
Watch the full ‘Long Island Expressway Medium’ clip here.

This year, one of my favorite show of all-time ‘Dexter’ ended with somewhat of a catastrophic surprise (if that’s even possible). After his sister ended up paralyzed at the hands of this season’s villain The Brain Surgeon, Dexter is forced to face his own reality that’s been burning for the last eight seasons. ‘Dexter’ has had an ongoing theme of “every evil comes with a price”, and making Debra his final victim had its consequences. As Dexter is forced into a new life of solitude without his son and girlfriend, he faces his own punishment by living alone…as a lumberjack. It’s definitely not the end-methods (death or prison) I expected, but it’s creative enough to give all of the main characters somewhat of a peaceful ending. Media reaction to the shocking conclusion was mixed, but at least the main character survives (see finales for Breaking Bad, The Sopranos). ‘Dexter’ has had its mishaps (seasons 5 and 7 namely), but it’s provided a consistent, moral themed show .