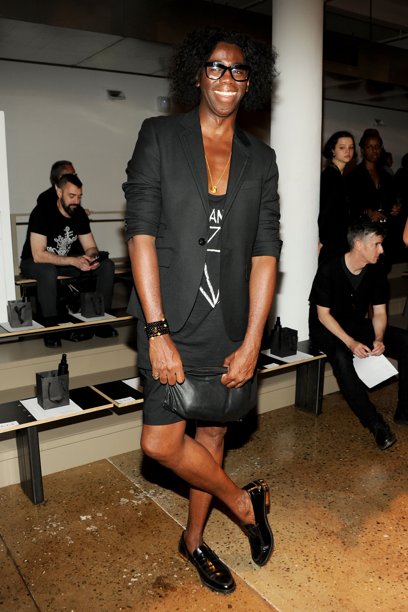 In an interesting twist after the last twenty seasons of predictable drama on ‘America’s Next Top Model’, Tyra Banks has announced that Miss J Alexander will be returning in time for Cycle 21. The runway coach who has been around on the show since its debut in 2003 was fired according to reports in mid-2012 due to “creative differences”. Alexander was replaced by internationally (hot) supermodel Rob Evans, and now they’re officially #tradingplaces. During his previous stint on ANTM, Miss J began as a guest on the show, only providing runway assistance. But it was soon determined that his input (and fanbase) made his contribution to Tyra’s franchise a much-needed entity, earning him a spot on the judging panel from the fifth (Nicole Linkletter) to thirteenth (all-petite models: Nicole Fox) cycles. Since leaving the show, Miss J has designed for Qantas Airlines and coached models for Paris and Milan Fashion Week. It’s clear that Miss J’s influence on the fashion industry – especially within the realm of ‘ANTM’ is something that fans have missed. Although the sex appeal from the judges panel may diminish significantly, at least there’s a better suited veteran making the decisions regarding the contestants. Look for Cycle 21 to begin this fall on the CW featuring the official reunion between Tyra and Miss J.