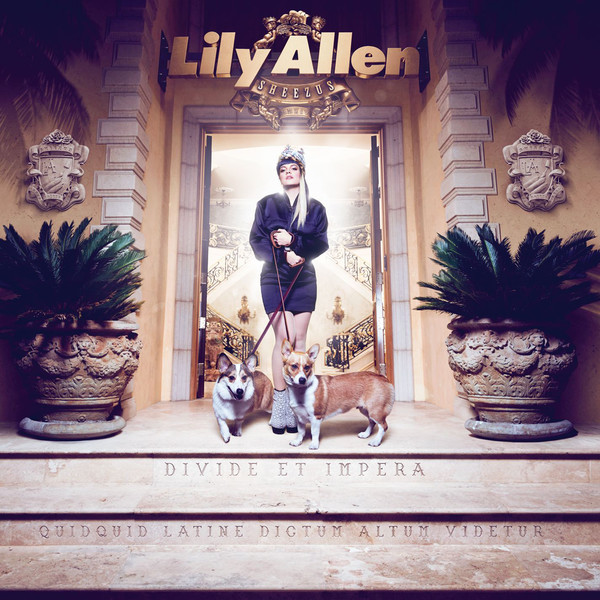 It’s been well over five years since Lily Allen’s second album ‘It’s Not Me, It’s You’. The British starlet took time off to raise her two daughters while simultaneously beefing with Azealia Banks and secretly churning up ‘Sheezus’ in her down time. The result is ‘Sheezus’ – a female version of Kanye West’s critically-acclaimed 2013 album ‘Yeezus’. With such a long time away from the industry, ‘Sheezus’ shows Lily’s development as both an artist and a songwriter. The intellectual social commentary paired with themes of inspiration and feeling sexy marks new territory for Allen – the type that has worked out in her favor on ‘Sheezus’.


First single “Hard Out Here” would’ve been much more successful if #blacktwitter didn’t attach an appropriation memo to it. The song sarcastically aims to display the negative sides of females working in the music industry but was greatly outshadowed by its controversy. Second single “Air Balloon” took a social approach to daydreaming far away from life’s problems and featured a #twerkbreakdown that rocked my world musically this year. The midtempo third single “Our Time” paints a vivid picture of nightlife in London and its beautiful songwriting is equal parts relatable and radio-friendly. “URL Badman” finds Lily rapping over a surprisingly hip-hop beat by Greg Kurstin that’s way better than anything Iggy Azalea could ever do.

The album’s two strongest moments come in the form of two tracks that are on completely different sides of the musical spectrum. “L8 CMMR” experiments with moombahton in the most exciting way possible. “Late comer, he’s a late comer, my man is a bad motherfucker” sings Lily playfully over the uptempo reggae-infused rhythm. The song was so good that it earned the singer a spot on the soundtrack for hit HBO series ‘Girls’. “As Long As I’ve Got You” is influenced by country with its overusage of the ukulele and banjo. The song’s video treatment features live Lily footage from Glastonbury 2014 (which she headlined) in the cutest way possible.

In terms of laughable moments, I found it quite interesting how she approached discussing other celebrities and fame – particularly the many Beyonce’ references on ‘Sheezus’ – but I guess greatness always manages to keep itself in good company. The album’s title track finds Lily name-dropping her favorite feminist as she sings “Queen Bey’s gone back to he drawing”. The R&B jam “Close Your Eyes” features Lily singing about an intimate night with her lover as she playfully croons “are you Beyonce’, baby say my name / tonight you are my Hova” with a level of confidence as if she’s the British Beyhive queen. Album highlight “Wind Your Neck In” is a slight diss towards Azealia Banks with its catchy “there’s nothing to see here / why’d you have to be here? Can’t you turn around and get back into your box?” chorus. The cleverly intellectual nature of Lily’s puns on “Neck In” would only be caught by the true Lily Allen Fan. Shadiness aside, Kim Kardashian returned the favor by saying “I like the album title, but I’m the real Sheezus”. Here, she admits to being a fan of one of the best releases of 2014 – an international moment in pop culture that I’ll love forever.