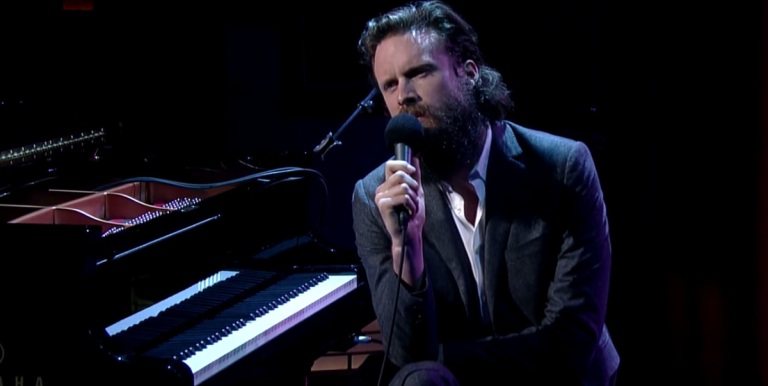 Father John Misty’s voice is captivating enough on his studio releases, but live is a much more vivid portrait of his greatness. After performing this live rendition of “Bored In The USA” on Letterman, he announced his critically acclaimed second album as Misty entitled ‘I Love You, Honeybear’. The album is Misty’s second since departing from Grammy-nominated band Fleet Foxes, and it’s been a quaint rise to fame ever since. On Misty’s live “USA” showing, the performance itself proves to be equal parts dramatic and beautiful while still keeping the focal point on his songwriting. “They gave me a useless education, and subprime loans” sings Father John Misty as the ‘laugh track’ is added to point out the uncomfortable thoughts provoked from his clever American satire. It’s because of lyrics like these that an artist like Father John Misty becomes relatable while also showing off his most cynical side. Throughout the performance, Misty proves to be quite the entertainer, and will most certainly entertain almost anyone – even if you’re not into satirical folk ballads. Watch Father John Misty’s stellar performance of “Bored In The USA” below.