These ten albums were really great in their own regards, but hard to break TUA’s top ten given stiff competition (see 2014 list here).

After Bonnie McKee’s album with Epic Records was scrapped, I wasn’t sure if my favorite singer-songwriter would be able to bounce back into the spotlight. She helped write more music for her galpal Katy Perry’s third album ‘Prism’ and did a few features here and there, but McKee’s lack of solo material had me questioning if she’d ever release anything in full. ‘Bombastic’, Bonnie’s 2015 EP, changed that as well as the scope of pop music. The title track served as the EP’s first single, and helped shape Bonnie into a singer ready for the main spotlight.

MNEK is another singer-songwriter who has just begun to seek out his own spotlight in 2015. ‘Small Talk’ is mainly a response to fan demand to officially release his stellar slew of singles that began in 2014. Both “Wrote A Song About You” and “Every Little Word” created a new lane for alt-rnb singers seeking recognition, and had moderate success stateside as well. MNEK has been known for his sultry vocals over electronic arrangements, and ‘Small Talk’ evolves this trend like no other R&B release this year. 2016 will hopefully mark the release of MNEK’s long-awaited debut album, which will hopefully turn him into a household name. 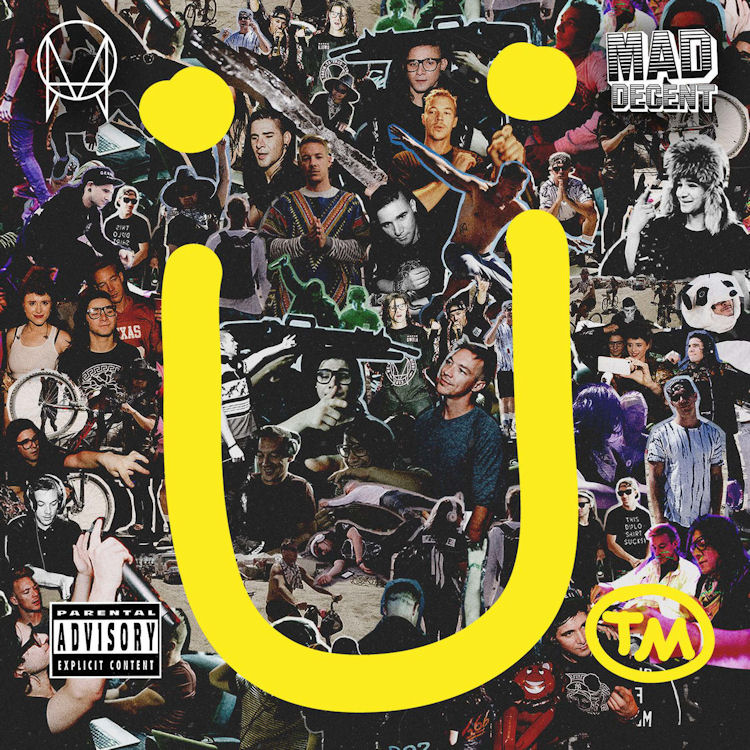 A Skrillex-Diplo collaborative album is something that music lovers could only dream of until earlier this year. The project, which has been over two years in the making, became a musical marriage between the producers’ two distinct styles and showed off different sides of both of them. “Where Are Ü Now” featured Justin Bieber over a slow-burning, sultry ballad that became a strong contender for 2015’s song of the summer. “Take Ü There” initially featured pop powerhouse Kiesza, but Missy Elliott loved the song so much that she jumped on the remix almost immediately after completing her iconic Super Bowl 49 performance. Every song on the collaborative project turned out to become an epic recording that only these two producers could make together and subsequently fulfilled all my EDM dreams.

Once Years & Years placed first on the highly-respected BBC Sound of 2015 list, the British band soon found themselves on everyone’s radar. Years & Years released an EP in mid-2014 to open their sound up to the world, but it was their debut ‘Communion’ which solidified their status as an EDM supergroup. “King” became the band’s most successful single to date and even garnered them a headlining stateside tour upon release of their debut. “Desire” proved to be a moderate follow-up success that continued their effortless blending of R&B, pop, and reggae in their music. ‘Communion’ may not have matched the success of previous BBC Sound winners, but their debut release is solid enough to buy them a long time into the industry.

Signed to Grammy-award winner Alex Da Kid’s label, alt-rock band X Ambassadors had a huge year from their highly successful single “Renegades”. Once the single reached international success, the band’s debut ‘VHS’ was released to critical acclaim. Although the band spent most of the year competing for rock airwave spins against Fall Out Boy and fellow label mates Imagine Dragons, they remained at the top of radio programs for nearly all of 2015. Songs like “Unsteady” and “B.I.G.” were both larger than life and would be strong follow-up contenders to “Renegades” if ever officially released, but their songwriting throughout these songs (and most of ‘VHS’) is what will keep their momentum strong over the next few years. 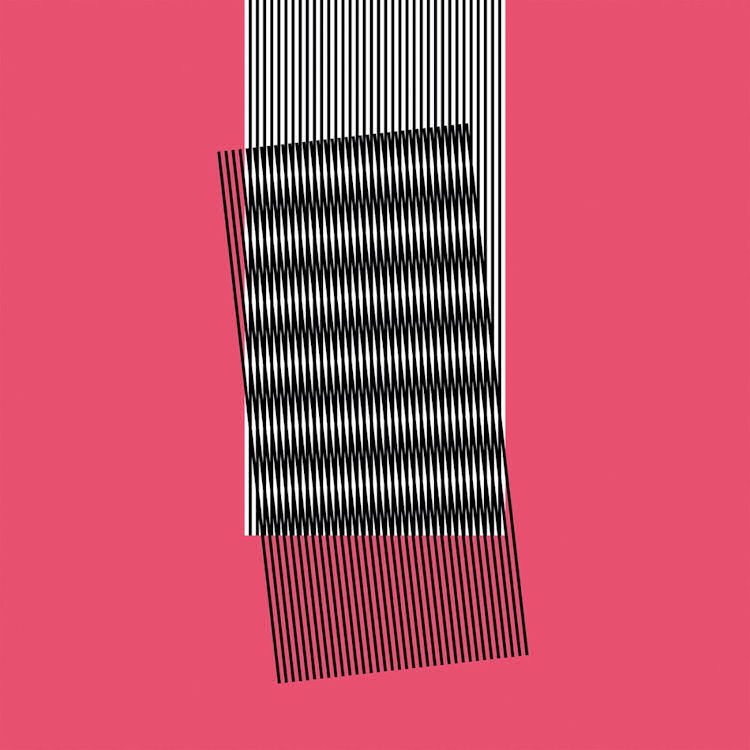 Londoners Hot Chip have not released a bad album to date, and not many bands can say the same. Their sixth release ‘Why Make Sense?’ is a continuation of their dominance within electronic music alongside heavy-hitting beats and quirky songwriting. Lead singer Alexis Taylor’s vocals are more sultry than ever on their latest, and also features his voice on some of the band’s best ballads to date. “White Wine And Fried Chicken” and “Cry For You” both brought back all the feels from the band’s ‘Made In The Dark’ era. We probably won’t get another Hot Chip album for a few years, but there’s enough timeless material on ‘Sense?’ to keep me occupied.

Propelled by two massive lead-in singles, Empress Of’s long-overdue debut album ‘Me’ is one of 2015’s strongest solo female showings. “Water Water” impacted radio around April and showed just how diverse alt-rnb can get. The uptempo “How Do You Do It” became a bit of an electronic underground hit, and also featured her best video to date. Pitchfork was the main music publication singing Empress praise, but many others at least recognized the indie talent as a credible singer-songwriter. Album standout “Kitty Kat” proves this and more, and its double entendre is some of the best writing this year.

Leon Bridges’ overly authentic soul debut ‘River’ definitely deserves more recognition than its received to date. The singer has gotten numerous promo spots and even a ‘Saturday Night Live’ gig, which has definitely provided him with international exposure. On ‘River’, the singer explores a world of classic soul, bringing back memories of male powerhouses such as Sam Cooke and James Brown. Each song builds on traditional soul arrangements despite sounding authentically R&B. Although Bridges’ artistry may be hard to sell as a whole, his voice is talented enough to keep you intrigued.

12. Florence + The Machine – How Big, How Blue, How Beautiful

‘How Big, How Blue, How Beautiful’ is Florence Welch’s most cohesive body of work to date. The album featured the power rock ballad “What Kind Of Man” and placed her amongst the forefront of female vocalists. After subsequent singles “Ship To Wreck” and “Queen Of Peace” were released – each with equally stellar video treatments – the album became viewed as a pop powerhouse akin only to Adele. Despite performing much better than her two previous albums, Florence’s ‘Beautiful’ finds her at her most serene. There’s not as many references to “water” as on her other releases, but her ability to write about real-life issues on ‘Beautiful’ paid off in her favor.

11. Wale – The Album About Nothing 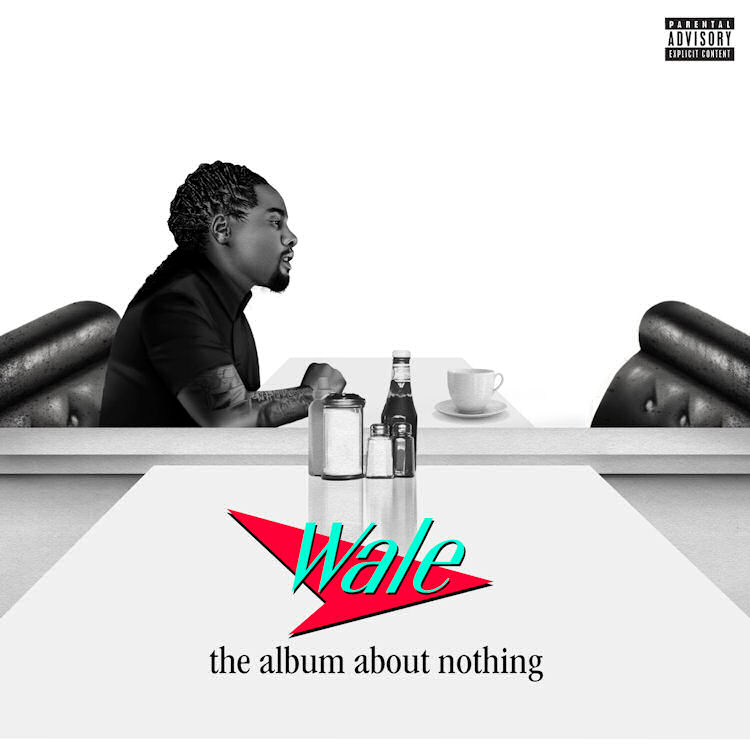 Wale’s fourth studio album brought him back to his ‘Mixtape About Nothing’ and ‘More About Nothing’ days. Also featuring ‘Seinfeld’ dialogue, ‘The Album About Nothing’ became my favorite rap album of the year. Wale’s experimentation with chopped-and-screwed elements on “The One Time In Houston” is a strong single contender. Rap ballads “The Bloom (AG3)” with Stokley Williams and “The Matrimony” with Usher both placed Wale on urban radios nearly all summer. ‘The Album’ wasn’t as received as well as some of Wale’s previous projects, but his cohesion on this set proved that there’s a place for his artistry.